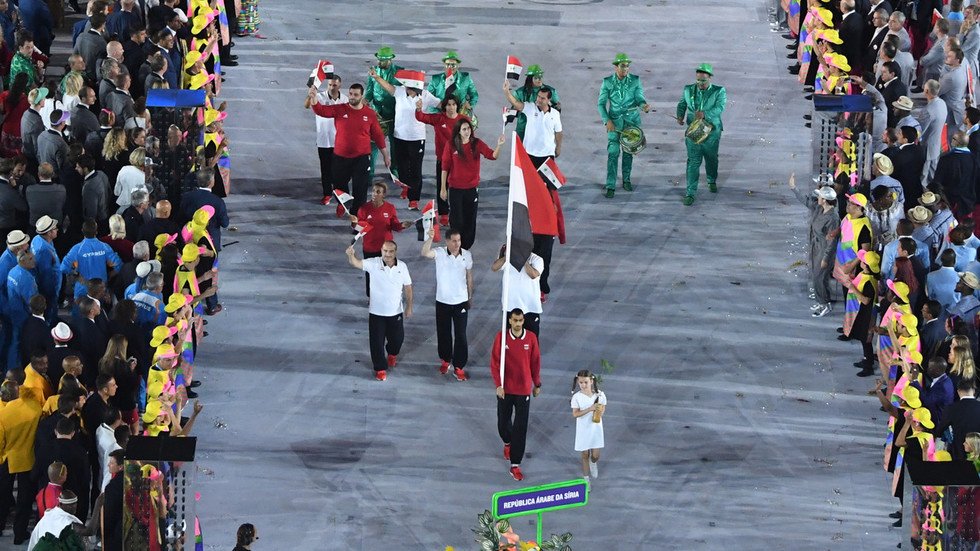 Syria is aiming to secure the war-battered country’s fourth-ever Olympic medal in Tokyo, but one of its few world-class athletes is less optimistic after struggling to access coaching and facilities for the past four years.

The decade-long civil war and the effects of the coronavirus pandemic have drained Syria’s resources and left elite sport low on the list of priorities.

High jumper Majd Eddin Ghazal, who finished seventh at the 2016 Rio Olympics before winning a bronze medal a year later at the world championships in London, has trained for years under Syrian coach Imad Sarraj, who he hails as one of the best in the country.

But Sarraj moved to Oman in 2017 to train the national team there, leaving Ghazal without a coach close at hand.

“We have not found a solution to this problem for four years,” Ghazal said.

“I am adamant on coach Imad Sarraj… but he works in Oman and we are trying to get him to Tokyo,” he added.

Since returning from a few months of training in Oman in March, Ghazal has had to train without his coach, as the pandemic further complicated international travel.

“The coronavirus affected the course of the training plan,” he said.

“My preparation for the Rio Olympics was better,” added the athlete, who has not participated in any international competition since 2019.

With little access to his coach, Ghazal said his confidence had taken a hit.

“I don’t know the truth of my calibre,” he said.

But the jumper with a personal best of 2.36 metres still holds out hope he could snatch a medal in Tokyo, which will probably be the 34-year-old’s last Olympics.

“Tokyo will be the fourth time I participate in the Olympics and I am optimistic,” he said.

“Nothing is impossible if the prerequisites for success are made available,” he added.

Syria has won a total of three Olympic medals in three different sports, but the latest was at the 2004 Athens Games.

Firas Mualla, a former open water swimmer and the current head of the Syrian Olympic Committee, insisted the team of six competitors had prepared well.

Mualla said training this year was more challenging than preparations for Rio, but hopes were high, especially for the promising Asaad who finished 15th in the super heavyweight 105kg class five years ago.

“We are optimistic about Man Asaad and his preparations were good. Asaad and Majd Ghazal are our most prominent team members,” he said. “We hope Man will win a medal.”

But Asaad is still recovering from a shoulder injury he sustained at the 2020 Asian Weightlifting Championships in Uzbekistan.

“After the Asian championship, I started having shoulder pains and I hope to get through it,” he told AFP.

Undeterred, he trains everyday with his brother and coach, Qais, following a “calibrated and comprehensive plan”.