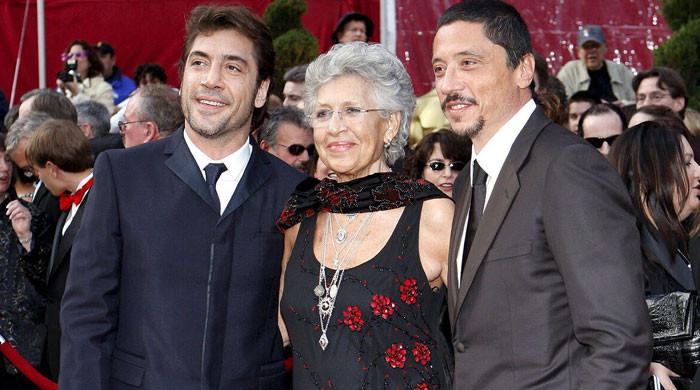 Spanish actress Pilar Bardem, the mother of Oscar winner Javier Bardem, has died at the age of 82, her children said in a statement on social media.

“We want to share the news that Pilar Bardem, our mother, our example, has passed away. She left in peace, without suffering and surrounded by the love of her family,” her children Carlos, Monica and Javier wrote in a message published Saturday evening on Carlos’ Twitter account.

Born in Seville in 1939, Pilar Bardem was the daughter of a couple of actors and the sister of famous filmmaker Juan Antonio Bardem.

Her three children also devoted themselves to the acting profession, with Javier Bardem winning international fame with his Oscar-winning role as a psychopathic hitman in the Coen brothers’ “No Country for Old Men”.

Acting in dozens of films, television series and plays, Pilar had a solid career in Spain, where she won a Goya — the Spanish equivalent of the Oscars — for best supporting actress for her role in the 1995 film “Nobody Will Speak of US When We’re Dead”.

“From her (my mother), I learnt that if you are going to do something, you have to do it very well,” Javier said in an interview a decade ago with the Spanish newspaper El Pais.

“I remember her spending night after night going over the scripts.”

Pilar was also known for her political and social activism, including campaigning to improve conditions for actors and against the 2003 war in Iraq.

“She leaves us an enormous legacy in cinema, theatre and television. But the great Pilar Bardem was, above all, a defender of equality, freedom and the rights of all,” Spanish Prime Minister Pedro Sanchez said on his Twitter account.

Pilar Bardem was also the mother-in-law of Oscar-winner Penelope Cruz, who is married to Javier.