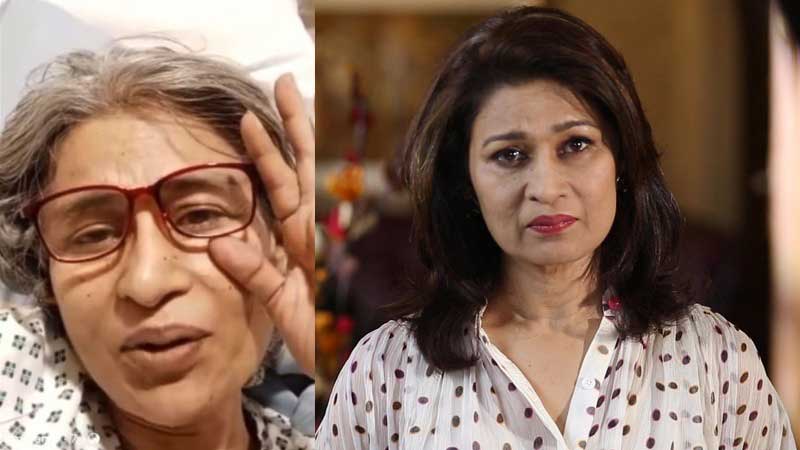 Senior TV actor Naila Jaffri has passed away. According to details given by Naila Jaffri’s brother, Atif Jafri, the actor passed away on July 17 and her funeral prayers will be offered later today in Isha Defense Phase II and burial will be held at Army Cemetery on Kala Pul.

The actor fought a six-year long and hard battle against ovarian cancer. She was being treated at the Liaquat National Hospital in Karachi.

Jaffery had been performing on television since the late 1990’s, and was one of the ‘veteran’ performers. She enjoyed lots of success and gave heart touching performances in dramas such as Maa Mujh ko Sulana, Desi Girls and Thodi Si Khushiyan provide ample justification to her success. She was one of the few talented actors in Pakistan who had worked in theatre and on TV. She was also a fashion designer. She did her last drama serial in 2016, after which her cancer was diagnosed.

The actor fought a six-year long and hard battle against ovarian cancer. She was being treated at the Liaquat National Hospital in Karachi

She was vocal about her illness and in her last few months before moving on to her heavenly abode, she was admitted in the hospital where she recorded a video message for the entertainment industry and the Government of Pakistan. In the video she requested the government to support senior actors and those who have worked in the entertainment industry for the country. She lamented that dramas are re-run on air however, actors do not receive any royalties and added that in the early days actors used to receive royalties however, that culture does not exist anymore. After her video message, many actors such as Mikaal Zulfiqar, Mansha Pasha and Ushna Shah shared her video in support.