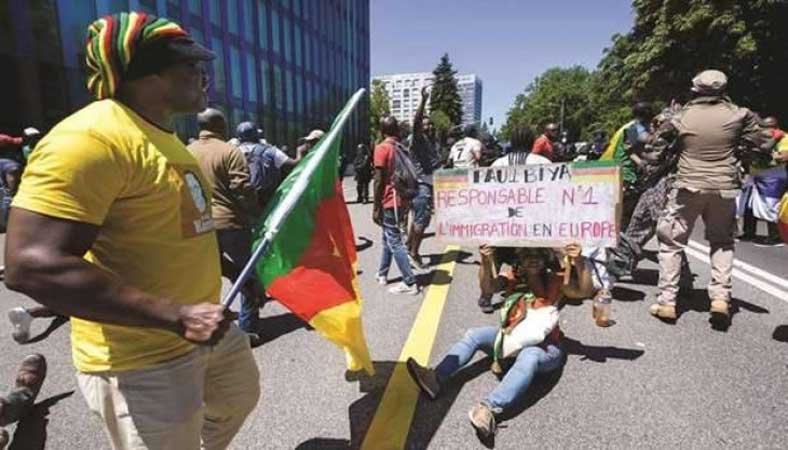 Around a hundred protesters demonstrated in Geneva on Saturday against Cameroon President Paul Biya, who is staying in one of the Swiss city’s top hotels.

Demonstrators rallied close to the Intercontinental Hotel, where the 88-year-old leader has been staying since at least Sunday. The hotel is regularly used by visiting foreign leaders and was where US President Joe Biden stayed before his summit with Russian President Vladimir Putin last month. Biya is an occasional private visitor. A bitter independence struggle by English-speaking rebels has been raging in Cameroon’s Northwest and Southwest (NOSO) regions since 2017. Members of the anglophone minority in the country’s westernmost provinces have long complained of being marginalised by the French-speaking majority and Biya, in power for 38 years. From 2017, their protests devolved into a bloody conflict. Saturday’s demonstration in Geneva was initially authorised and then banned. The police warned on Wednesday that as had happened two years ago during Biya’s last visit, when pro- and anti- demonstrators clashed, the protest could spill over and “cause inconvenience”.