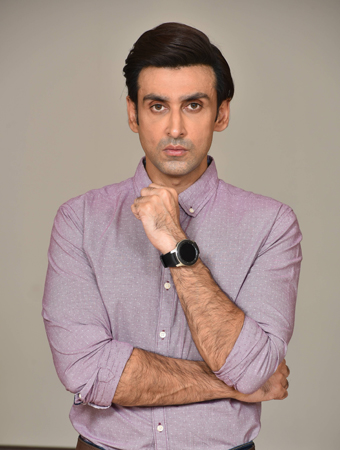 Sami Khan, in his recent interview with Nida Yasir, speaks on how he landed into the field of acting from engineering.

According to the details, Khan joined the industry after completion of his graduation in engineering. During the course of 17 years, he spoke for the first time on his academic drive that ended up into acting.

While giving an interview to the renowned Pakistani morning show-host and actress Nida Yasir on Good Morning Pakistan, he said, “I was a very capable student, according to my family members… I had a very good academic career.”

“I was studying engineering… I still remember I took a friend to the passport office saying ‘Let’s go, my parents want me to go to America to get a Master’s degree’,” Sami said.

He added that he even had received the student visa and was ready to go abroad for continuing further studies but what his father said twisted the whole story. He said his father suggested to take a gap of six months.

The Aisa Hai Dil actor said, “Suddenly, I just did a film in my final year and that’s it…”

It is pertinent to state here that the actor’s brother Taifoor Khan, also joined him later in the show, and discussed how differently the drives of their journeys brought them into acting!