* Buzdar says urban forests will be developed at 15 places in Lahore to grow a total of 292,500 trees 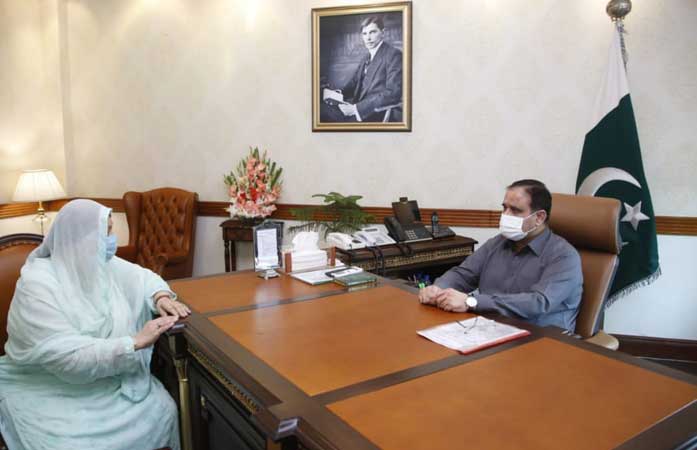 On the directions of Chief Minister Punjab Sardar Usman Buzdar, the Parks & Horticulture Authority Lahore will grow Asia’s largest Miyawaki urban forest over an area of a hundred Kanal in China Park near Saggian Bridge by planting 112500 indigenous trees and shrubs.

In a statement, the CM said such urban forests will also be developed at 15 other places in Lahore city to grow a total of 292500 trees.

The CM regretted that the historic city of Lahore was defaced in past tenure by raising huge jumbled structures of concrete and irresponsible cutting of trees further devastated the environment. Past rulers’ corruption resulted in increasing political pollution while their policies compounded the environmental degradation, he maintained. The lack of forests was resulting in environmental degradation and extensive tree-plantation drive will help to overcome smog and pollution, the CM remarked. The 10 billion tree tsunami programme is a game-changer initiative to make Pakistan clean and green and the government will overcome smog and environmental degradation by planting more and more trees, concluded the chief minister.

Meanwhile, Chief Minister Punjab Sardar Usman Buzdar has strongly condemned terrorists’ attack on a vehicle of security forces in the Pasni area of Baluchistan and paid tributes to the sacrifices of martyred Captain Affan Masood and Sepoy Babar Zaman rendered in the line of duty.

The brave sons are maintaining peace with their toil and blood and their great sacrifices will not go down the drain, he said. He also extended sympathies to heirs and asserted the handful of terrorists cannot weaken the strong commitment of the nation against terrorism. Separately, Provincial Health Minister Dr Yasmeen Rashid called on Chief Minister Punjab Sardar Usman Buzdar at his office on Thursday and briefed him about the arrangements for dealing with the fourth corona wave.

While expressing his concern over the hike in corona cases, the CM directed an effective implementation of SOPs adding that the citizens should be more careful as the infection is increasing due to the non-implementation of SOPs. Public cooperation is crucial to control the spread of this virus and citizens should fully follow the guidelines, the CM said and directed to further expedite the vaccination drive. The health minister appealed to the citizens to remain safe from this disease by following guidelines. Chief Minister Punjab Sardar Usman Buzdar has directed the secretary specialized healthcare and medical education dept to take strict action against the staff involved in harassment of a female attendant of the dialysis unit of urology department of the general hospital. He directed to submit a detailed report adding that the victim be provided justice at every cost.