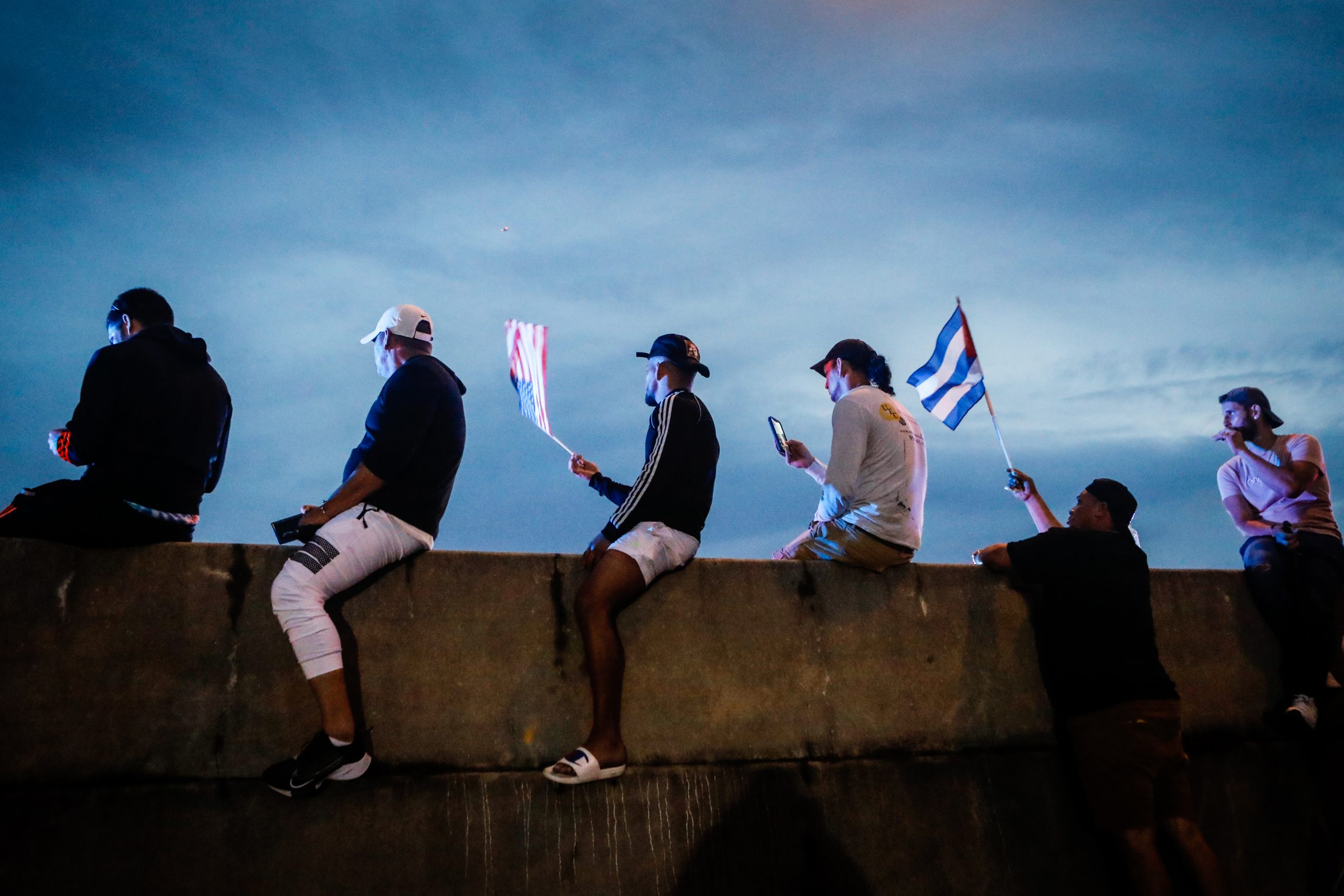 Spain on Tuesday called on Havana to “immediately” release a journalist for Spanish newspaper ABC who was arrested after unprecedented protests against the Cuban government.

“Arresting a journalist for a Spanish media outlet, ABC, seems inappropriate to me. We have asked through the foreign ministry for her immediate release,” Spanish Prime Minister Pedro Sanchez said in an interview with private television Telecinco when asked about Camila Acosta’s arrest. She was one of dozens rounded up after thousands of Cubans hit the streets on Sunday shouting “We’re hungry”, “Freedom!” and “Down with the dictatorship” in demonstrations dispersed by police. Around 40 protests erupted spontaneously across Cuba, data journalism site Inventario said, as the island endures its worst economic crisis in 30 years, with chronic shortages of food, medicine and electricity. Normally, the only authorised gatherings are those organised by the ruling Communist Party. “We ask that Cubans be allowed to demonstrate freely. Secondly we ask that Cuba speed up all reforms which allow for prosperity and the rights and freedoms which we enjoy in our country,” Sanchez added.

Spanish Foreign Minister Jose Manuel Albares earlier on Tuesday demanded the release of Acosta in a tweet in which he called on Havana to “respect” Cubans’ right to demonstrate. Acosta, a 28-year-old Cuban national, was arrested on Monday, Alexis Rodriguez, head of ABC’s international coverage, told AFP. She had worked for the paper for six months and also writes for Cubanet, an opposition website which said she was arrested after leaving her home “to run a few errands”. Cubanet said she had covered Sunday’s demonstrations in Havana against the government of Miguel Diaz-Canel.

“The Cuban people have shouted loudly that they are no longer afraid. Now is the time to put pressure on (the government) to stand down. If we give in now, we will have many more years of dictatorship,” Acosta’s last tweet read. Rodriguez said ABC’s director contacted the Spanish foreign ministry on Tuesday morning and was also trying to reach Spain’s Havana envoy “so he can help get her released”. The toughening of a US embargo, in place since 1962, and the absence of tourists because of the pandemic have unleashed a deep economic crisis in Cuba, triggering growing social unrest. The protests come as the country of 11.2 million people endures its toughest phase of the pandemic, reporting a new daily record of infections and deaths on Sunday.