The Provincial Assembly of the Punjab Privileges (Amendment) Bill 2021 on Tuesday was passed unanimously in the House. The amended bill was moved by PML-Q MPA Sajid Khan Bhatti on the special direction of Speaker Elahi who is also the head of his party.

This bill will not be implemented on the journalists after amendment, as media persons from both the print and electronic will not come under the ambit of the bill now.

The amendment was made unanimously by the House regarding the controversial bill in which some curbs were earlier imposed on the journalists. As per the earlier bill, the media persons were liable for punishment of six months and fine of 10,000 Rs if an MPA thinks that his privilege is breached by the journalist. After the bill was introduced, a severe protest was launched by different bodies of journalists including Lahore Press Club, Punjab Union of Journalists, Pakistan Federal Union of Journalists and Punjab Assembly Press Gallery Committee.

The journalists had also announced to boycott the proceedings of Punjab Assembly if amendment is not made in the controversial bill. Different rounds of talks were held between the representatives of journalists and Speaker Chaudhry Pervaiz Elahi over the bill in which Elahi assured the journalists’ bodies of the removal of the controversial clauses. On Tuesday, the session of the Punjab Assembly started with a delay of more than an hour from its scheduled time with Speaker Chaudhry Pervaiz Elahi in the chair. Provincial Minister Ashfa Riaz Fatyana answered the queries of lawmakers in the question-hour regarding the Women Development department.

Addressing the Speaker Elahi, MPAs said that the sacrificial animals were exempted from taxes ahead of Eid ul Azha when Elahi was the Chief Minister of Punjab. The lawmakers were of the view that a certain amount is being charged in the cattle markets whether animals are being sold or not. Speaker Elahi later urged the CM to announce immediately, that all the sacrificial animals are exempted from the taxes during 10 days ahead of Eid ul Azha.

The session was later adjourned till July 26 on Monday after Eid. 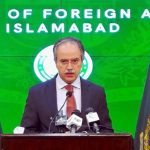 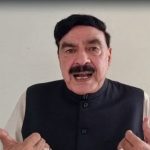 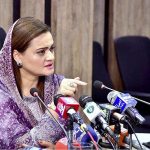