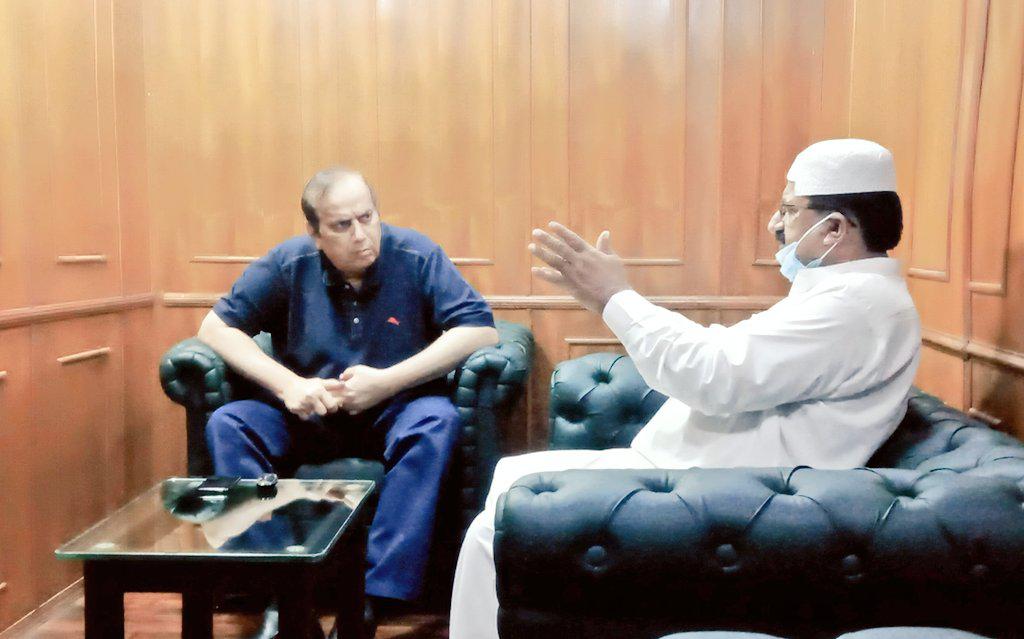 MITHI: The PPP leader has requested the Sindh Energy Minister to take drastic measures to ensure that executives and officials commit no more brutalities and excess of Tharis. Comrade Nandlal Mahi, the information secretary of PPP Tharparkar chapter, who met Sindh Energy Minister Imtiaz Ahmed Sheikh in his office on Monday and appraised him about the situations merged after the recent gory incidents including the brutal murder of Dodo Bheel at the hands of guards of Sindh Coal Mining Company.

He complained that not only Dodo Bheel and Haresh Kumar Meghwar lost their lives in two separate incidents into blocks of Thar coalfields but many other such incidents took place where the workers of the companies and local people were tortured and humiliated by unbridled security guards and even by officers. Mr Malhi warned that if the corrective measures were taken and the black sheep even at the key posts were not removed, the possibility of such ugly incidents could not be ruled out. “There was great grief, anger, exasperation and indignation w among the people of the desert district over the recent incident but the timely moves by PPP chairman Bilawal Bhutto and the prompt compliance by the high-ups of Sindh government diffused the worsening situations,” he remarked.

The provincial minister Imtiaz Ahmed Sheikh informed the PPP leader the report formed by them on the killing of Dodo Bheel established in the light of their findings that he was tortured to death adding he said that he had already sent that detailed report to Chief Minister Sindh for the further actions. Mr Sheikh said that he had asked the parents of Harish Kumar Meghwar to lodge the FIR against the responsible persons if the officials of the mining company did not honour their commitments made with the relatives of the victim. He said that those who were doing dirty politics on the dead bodies would get only humiliation and rejection from the people of Thar. He hoped that the suspects in the murder case of Dodo Bheel would be arrested once their bails are rejected by courts.

Mr Sheikh said that formulating effective policies to curb some bad and unwanted trends among the officials of the mining companies, which are engaged in the coal extraction and power generation in blocks of Thar Coalfields.