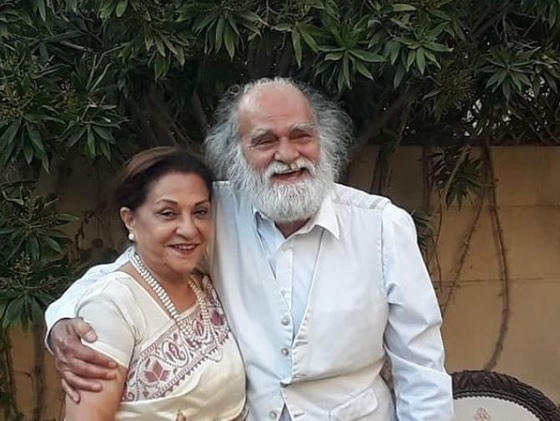 Manzar Sehbai and Samina Ahmed tied a knot last year and proved that love goes beyond a specific age, as age is just a number.

They tied a knot in an intimate nikkah ceremony and are known for displaying affection on social media.

Samina recently received a Lifetime Achievement Award at the Governor’s house, Sehbai took to instagram to congratulate his wife on her achievement.

He shared her picture on instagram, receiving the award and wrote; “My beloved wife Samina Ahmad receiving the Lifetime Achievement Award. She deserves much more than that.”

The loving post was met with a lot of appreciation, with several actors from the entertainment industry, including Nadia Afghan, congratulating Ahmad in the comments section.

Manzar Sehbai had previously hinted that his wife would be a part of a Hollywood production, which could very well be the upcoming show Ms Marvel, according to reports.

Manzar Sehbai first announced the good news in a casual instagram reply to a comment on a post announcing that he had received the Sputnik V vaccine at a local hospital.

A fan inquired about the whereabouts of the veteran actor’s wife, to which he replied, that she is in Thailand, where as he filming a Hollywood serial.”

He wrote, “Today is our first wedding anniversary,” sharing a photo of the couple from their nikkah day and quoting British author Emily Bronte.

“Whatever our souls are made of her and mine are the same.”