Russia warns against ‘outside interference’ after Cuba protests 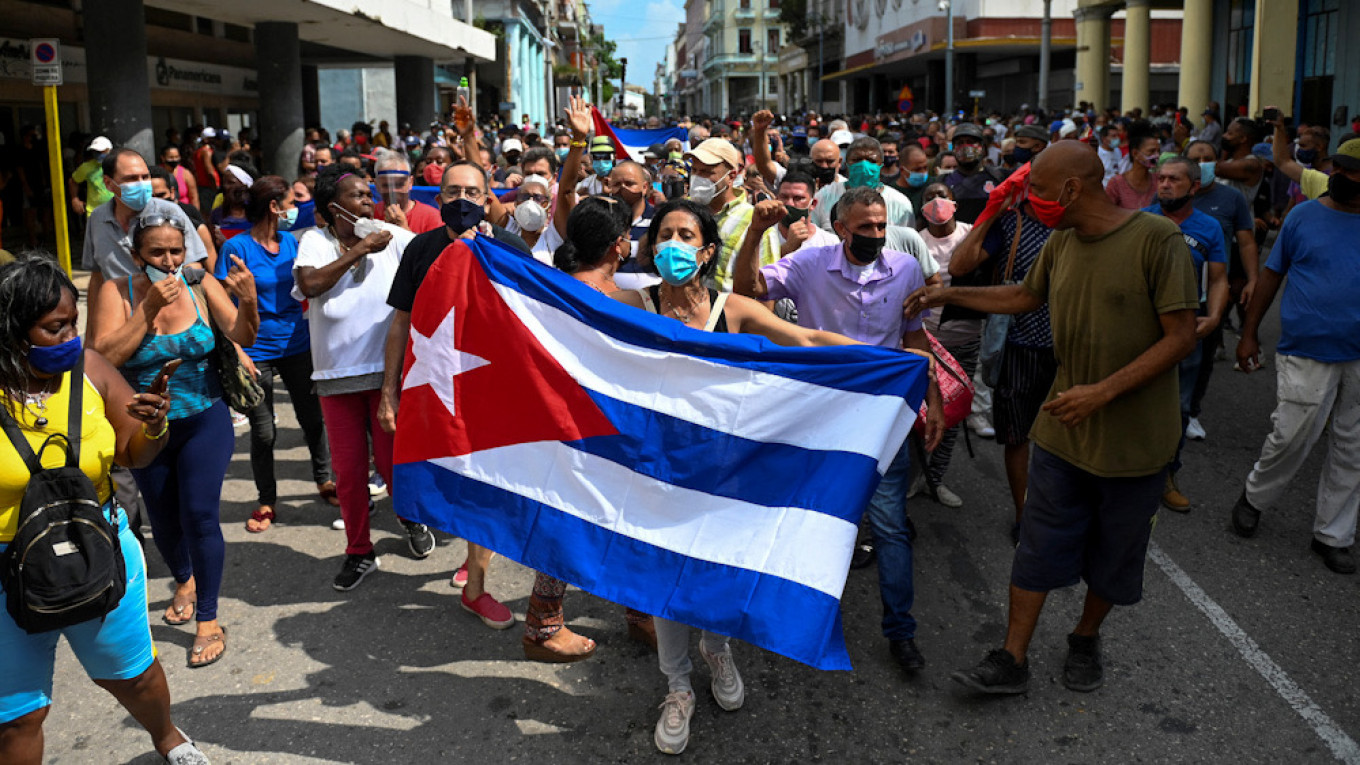 Russia on Monday warned against any “outside interference” in Cuba after thousands took part in rare protests against the Communist government on the island nation.

“We consider it unacceptable for there to be outside interference in the internal affairs of a sovereign state or any destructive actions that would encourage the destabilisation of the situation on the island,” foreign ministry spokeswoman Maria Zakharova said in a statement. She did not explain who might be trying to interfere in Cuba, but the warning appeared directed at the United States, which has urged Cuba not to target protesters and where thousands of Cuban-Americans have taken to the streets to support the demonstrations. “We are closely following the development of the situation in and around Cuba,” Zakharova said. “We are convinced that Cuban authorities are taking all necessary measures to restore public order in the interests of the country’s citizens and within the framework of the Constitution.” Cuba was an important Cold War ally of the Soviet Union and Moscow has continued to have good diplomatic relations with Havana since the 1991 collapse of the USSR.