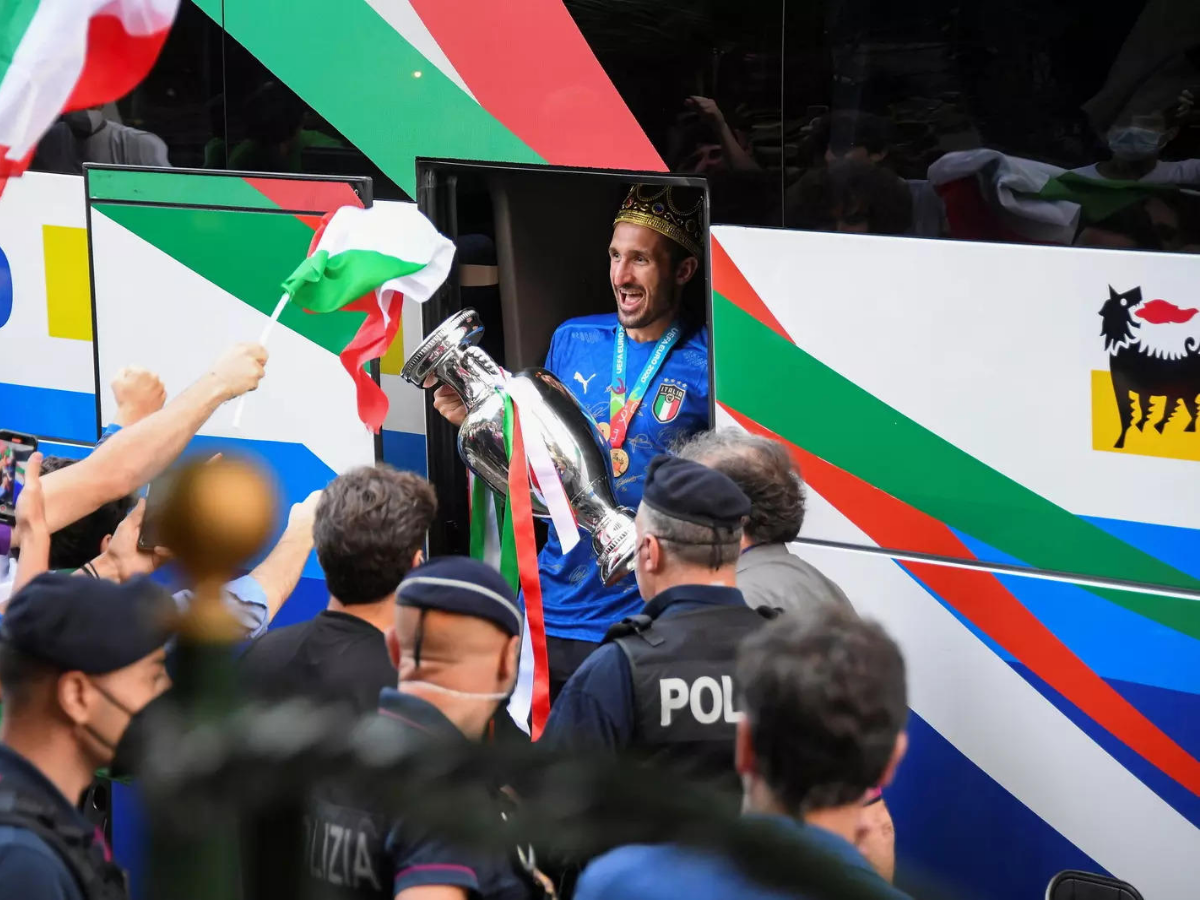 Italy captain Giorgio Chiellini lifted the gleaming cup towards the Rome sky Monday as his triumphant team touched down on home soil after winning Euro 2020 by beating England in a tense penalty shootout in Wembley.

Chiellini, the 36-year-old veteran at the heart of Italy’s defence, wore a crown as he held the trophy aloft just hours after the victory in London. A grinning Leonardo Spinazzola, who played an outstanding role in the team’s progress before injuring his Achilles tendon in the quarter-final against Belgium, hopped down the steps of the Alitalia plane and hobbled on crutches across the tarmac to cheers from media and airport staff snapping photographs. Prime Minister Mario Draghi was also in line for a selfie with the team who were welcomed back by newspaper headlines screaming “It’s too beautiful!” and “We are Europe!”.

“Italy is the queen of Europe,” said the pink Gazzetta dello Sport. “It knew how to recover a match that seemed lost, as only the greatest teams know how. “Finally Wembley falls silent, after having whistled, shouted, howled. Every single Italian during those two hours felt like a giant once more”. “Look Mum! Look!” a euphoric Alessandro Florenzi had yelled at the television cameras on the pitch, as he showed off his medal in a clip that went viral on Twitter in Italy on Monday. The boys in blue were headed to a hotel for a rest then set for a celebratory meeting later with President Sergio Mattarella who had flown to London to cheer them on.