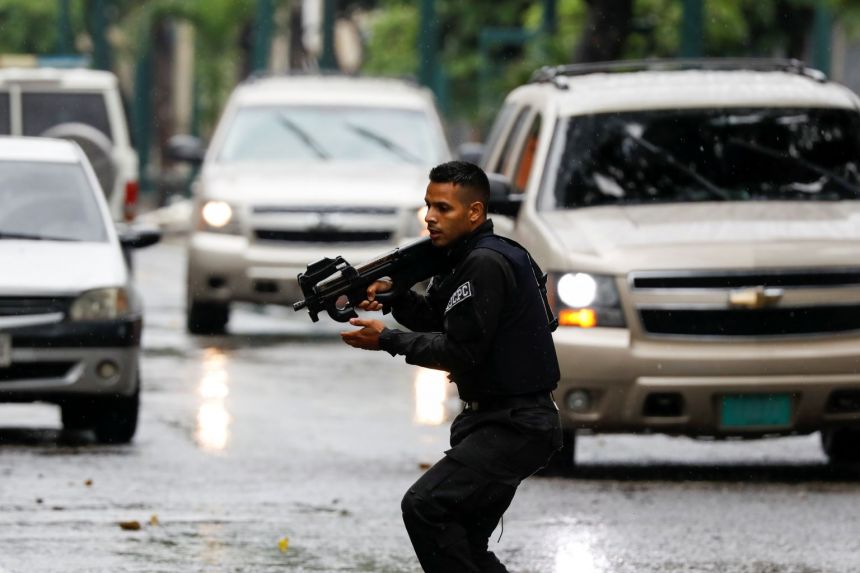 At least 26 people died in nearly two days of clashes between Venezuelan security forces and gangs that control poor neighborhoods of Caracas, the government said Saturday.

The toll is 22 suspected gang members and four police officers dead, Interior Minister Carmen Melendez said. She said an unspecified number of non-combatants died and 28 people were wounded, 18 of them bystanders. The firefights broke out Wednesday evening, forcing people to flee from their homes. The clashes saw the use of high power rifles, tracer bullets, grenades and drones with which the gangsters got an aerial view of the security forces. As many as 2,500 officers were deployed to take one barrio, or slum, called Cota 905. Authorities offered a rewards of $500,000 for the gang boss that runs it. Police seized 24,000 rounds of ammunition, three rocket launchers, five rifles, four submachine guns and several handguns. “We confiscated a military arsenal for war,” said Melendez.

In June, similar clashes killed at least three people including a nurse who fell victim to a stray bullet. Venezuela is one of the most violent nations on Earth. In 2020, the country registered 12,000 violent deaths, according to the Venezuelan Violence Observatory. This is a rate of 45.6 per 100,000 inhabitants — seven times higher than the global average.