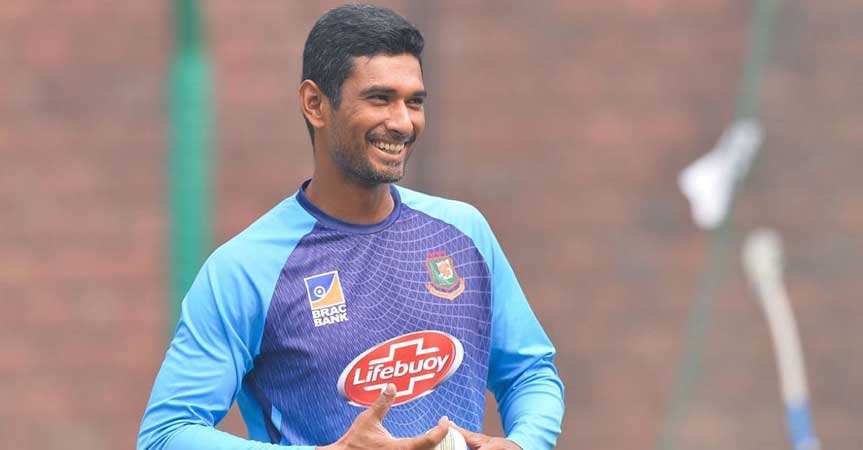 DHAKA: Mahmudullah has announced to his Bangladesh team-mates that he has retired from Test cricket. He made the announcement shortly after the end of the third day’s play of the one-off Test against Zimbabwe in Harare. But he didn’t say anything in regards to his decision on the Bangladesh Cricket Board’s (BCB) video to the media after the day’s play where he only spoke about his 191-run ninth-wicket partnership with Taskin Ahmed. Neither has Mahmudullah announced the news on his social media handles. But it has already drawn a sharp reaction from BCB president Nazmul Hassan, who said that Mahmudullah’s announcement in the middle of a match would negatively affect the team. Mahmudullah didn’t respond to request for comment.

The ongoing Test is his 50th match in the format, and he celebrated the occasion by scoring his fifth Test century. He finished unbeaten on 150, and his stand with Ahmed came after Bangladesh had slipped to 270 for 8. Mahmudullah was a last-minute addition to the Test side, picked as cover after Tamim Iqbal and Mushfiqur Rahim were injured during last month’s DPL T20s. This was Mahmudullah’s return to the Test side after 18 months, having last played against Pakistan in Rawalpindi last year. Hassan said that he was informed of Mahmudullah’s decision, which he called “unusual”, “unacceptable” and based on “emotion”.

“I have not been informed officially but someone called me on the phone and said he doesn’t want to play Tests anymore,” Hassan told the Bengali daily Prothom Alo. “Apparently, he told the dressing room. I think it is highly unusual, since the match isn’t even over. I think he did it from emotion. Such an announcement will have a negative impact on the team. It is unacceptable. I have no problem if someone doesn’t want to play, but there is no need to create a mess in the middle of a series.”

Hassan said that prior to the Zimbabwe tour, Mahmudullah confirmed to the BCB that he wants to play the three formats as part of the board’s policy to ask each player about their availability in each format before drawing up their contract. Mahmudullah was an all-format player from his Test debut in 2009 to 2017, but in the last four years he has been dropped twice from the Test side. The latest was last year when he was dropped following low scores against Afghanistan, India and Pakistan in the 2019-20 season. He was then given a white-ball central contract for 2020. He has played 197 ODIs and 89 T20Is, a format in which he has been Bangladesh’s captain since 2019.