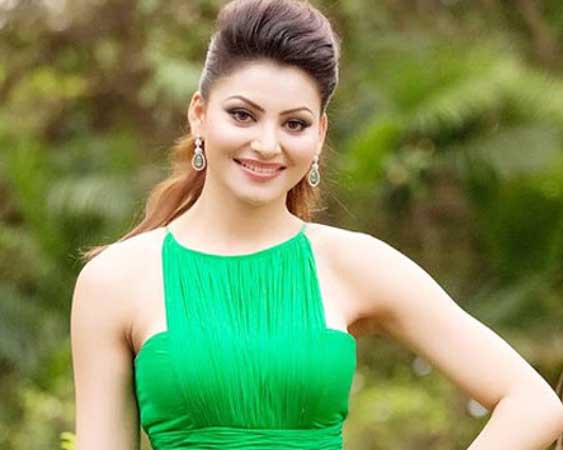 Urvashi Rautela is an avid fitness enthusiast and has been sharing her workout videos on social media regularly.

Recently, she posted her prep-up training video on Instagram.

Urvashi Rautela can be seen exercising on an advanced leg press machine, wearing a completely black gyming outfit, white shoes and a pink scrunchie on her arm. The actress reveals her favorite workout day in the caption, saying, “I love leg day. Leg day’s my favorite! #RocketSeriesLegPress”. Urvashi Rautela’s workout videos have been going viral on the internet with millions of views.

As part of her core-building program, she has done crunches on a punching bag while hanging upside down, deadlifts, kickboxing, and being punched in the gut. For her role, Urvashi Rautela’s diet comprises good proteins, slow complex carbs, and tons of vegetables. Additionally, the actress will travel to Sweden to train with Magnus Lygdback, Gal Gadot’s trainer in Wonder Woman.

On the work front, Urvashi Rautela will be making her Tamil debut with a big-budget sci-fi Tamil film in which she will be playing the role of a microbiologist and an IITian, and later she is going to appear in a bilingual thriller “Black Rose” along with the Hindi remake of “Thirutu Payale 2”. The actress recently got a blockbuster response for her song Doob Gaye opposite Guru Randhawa and Versace Baby opposite Mohamed Ramadan.

Urvashi is starring in a lead role in the web series Inspector Avinash opposite Randeep Hooda, which is a biopic based on the true story of super cop Avinash Mishra and Poonam Mishra.