Imran here to stay even if Bilawal visits US 3 times 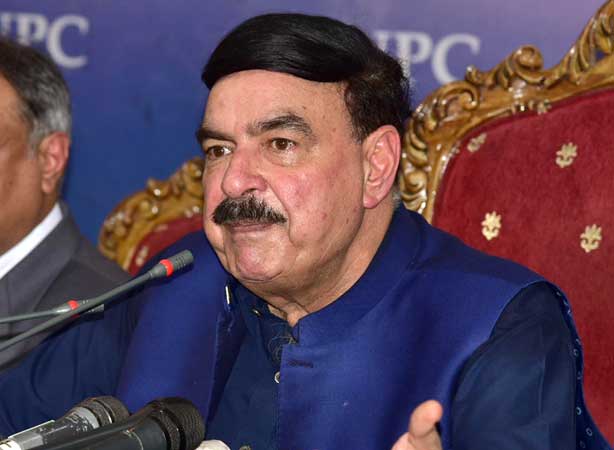 Interior Minister Sheikh Rashid on Saturday said Prime Minister Imran Khan will complete his constitutional term even if Bilawal Bhutto visits United States three times instead of going there once.

Talking to media on Saturday, the minister said the PDM alliance has come to an end. “PDM is a ‘dead horse’ after failing to grab the attention of the people,” he said. “Working relationship between government and opposition will improve after AJK polls,” he claimed. “I will accompany Imran Khan during election campaign in AJK in the coming days,” he added.

He said that Prime Minister Imran Khan raised the voice of people of Kashmir all over the world and he would play a historic role in resolving the Kashmir issue.

The minister said top civil and military leadership is striving to bring both the Afghan government and Taliban to table for ensuring long-lasting peace in Afghanistan. He said Prime Minister Imran Khan, Chief of Army Staff General Qamar Javed Bajwa and Foreign Office are making all-out efforts in this regard. He said that Pakistan wants peace in Afghanistan. “Whatever the people of Afghanistan decide, we will accept,” he added.

The minister categorically said that Pakistan will not allow any country to use its land for disturbing regional peace.