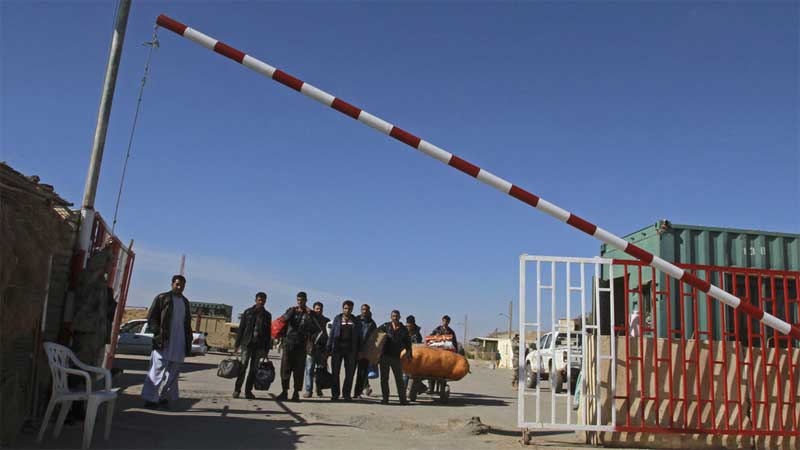 The Taliban have said they have completely seized Islam Qala, a border town in the western Herat province through which lucrative trade with neighbouring Iran flows. Afghan officials there reportedly fled to Iran for safety.

“Islam Qala is now under our full control and we will try to put it back in operation today,” Zabihullah Mujahid, a spokesman for the militant movement, said in a statement.

On Thursday, an anonymous Afghan official told a foreign news agency that the Taliban took over customs at the crossing point. Videos purportedly shot at the scene seemed to confirm the capture of the strategically important location.

The Taliban said they took control of the town as of Thursday evening. Officials loyal to the central government in Kabul reportedly fled from Taliban forces into Iranian territory.

Iran is a major supplier of goods to Afghanistan, with exports reaching some $2 billion last year. A large portion of trade goes through the Dogharoon-Islam Qala route, which in particular serves as a major hub for the import of fuel, reportedly through smuggling operations as well.

Taliban fighters have been rapidly seizing more territory in Afghanistan lately, often with little resistance from the government forces. The militants took over border crossings with Tajikistan and Uzbekistan last week.

The advancement comes amid the ongoing withdrawal of NATO-led foreign troops from the country. The US, the leading force in the two-decade-long effort to prop up the government in Kabul, wants to complete its pullout by the end of August, while many other members of the coalition have already left Afghanistan completely.

Tariq Arian, spokesman for the Afghan interior ministry, denied the reports and said the border crossing was still under the control of government forces.

Earlier this week, more than 1,000 Afghan security personnel fled into Tajikistan as the Taliban captured most of the northern province of Badakhshan, which also borders China and Pakistan.

The defence ministry said Afghan government forces earlier on Thursday wrested back control of Qala-e-Naw, capital of the western province of Badghis, which had been stormed by the Taliban on Wednesday.

Hundreds of troops were deployed to the region, the ministry said, adding that fighting was continuing on the fringes of Qala-e-Naw, where insurgents had earlier seized key government buildings in the city including police headquarters.

“The city is fully (back) under our control and we are conducting operations against the Taliban on the outskirts of the city,” Defence Ministry spokesman Fawad Aman said.

The ministry said 69 Taliban fighters were killed in operations on the edge of Qala-e-Naw — the first major provincial capital entered by the insurgents in their latest offensive.

The rest of Badghis province is in Taliban hands. Western security officials say the Taliban have captured more than 100 districts in Afghanistan. The Taliban say they hold over 200 districts in 34 provinces comprising over half the country. Major cities remain under government control.