We all regret no fans at Tokyo Olympics, says IOC’s Bach 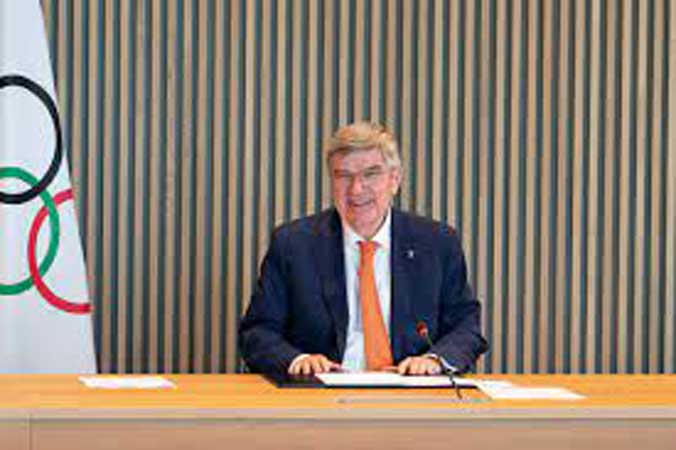 TOKYO: The Tokyo Olympics will have a different feel with spectators banned from the venues due to the COVID-19 pandemic, but International Olympic Committee (IOC) President Thomas Bach on Friday promised athletes a global digital audience of billions. On Thursday, Tokyo Games organisers decided the July 23- Aug. 8 Olympics would take place without spectators as a resurgent coronavirus forced Japan to declare a state of emergency in the capital that will run throughout the Games. “This was a really difficult one and we all regret the consequences for you the athletes but also for the spectators,” Bach said from Tokyo in a video message to athletes. But it was a decision which was necessary to ensure a safe Olympic Games. I hope we all agree that the most important thing is that the Olympic Games are happening.” Without spectators, Japan is now all but deprived of its hopes for a Games with pomp and public spectacle. The government and organisers had long seen the event as a chance to display the country’s recovery from a devastating 2011 earthquake and nuclear crisis. Spectators from overseas were banned months ago. The ban on spectators will also cost organisers hundreds of millions of dollars in revenue.