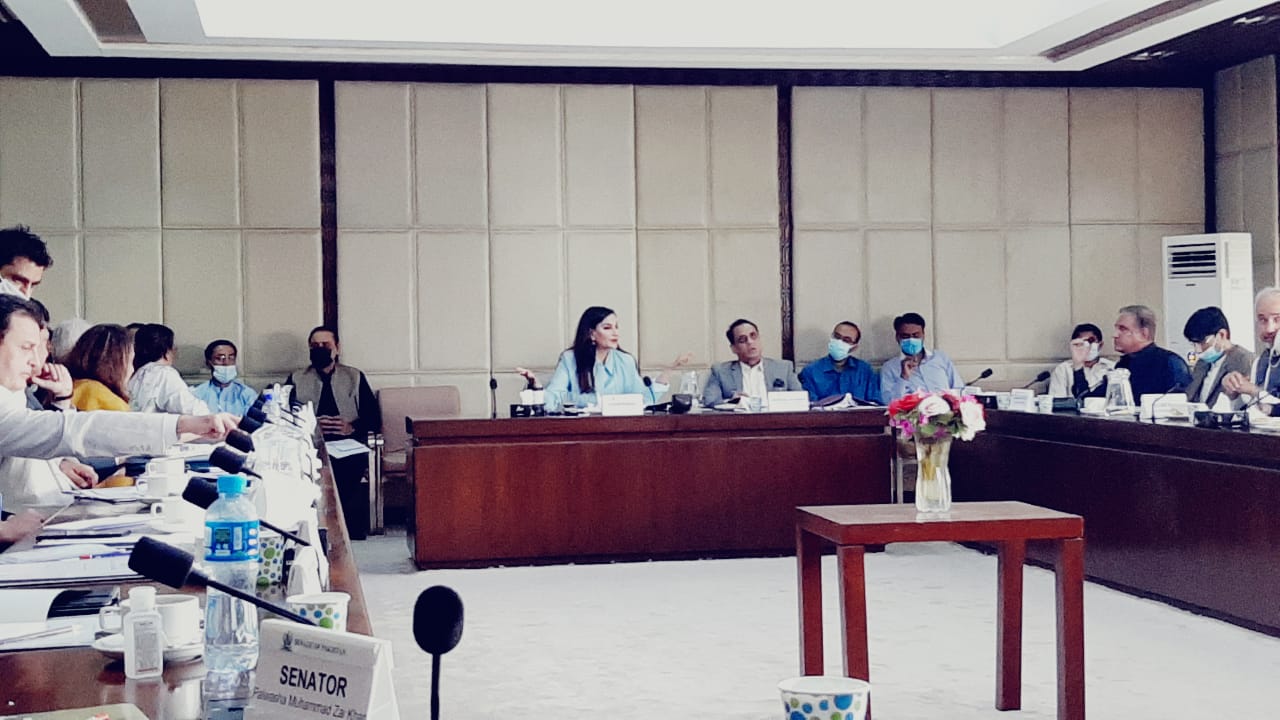 ISLAMABAD: Chairing the first Senate’s Foreign Affairs Standing Committee meeting, PPP Parliamentary Leader in the Senate, Senator Sherry Rehman said, “The Foreign Affairs Committee is an optimal parliamentary instrument for building consensus on key issues that beset the country at a difficult time in the region.

This is not a political jalsa, but an important venue for building stakes in inclusive policy-making, particularly when pressures from Afghanistan loom large, including the threat of civil war and escalating violence which could likely result in a spillover into Pakistan. Since the task of any effective foreign policy is first to protect the country’s people, territory and state, it is crucial we have some meetings that are public in order to send a message to the world that Pakistan’s parliament speaks with a mature, self-confident voice about both our responsibilities in the region and limits on them.  Peace both at home and abroad, connectivity, neutrality in Afghanistan and support for a negotiated political settlement that is Afghan-owned and led have been Pakistan’s stated policy since 2012, when strategic depth was officially jettisoned as both a plan and message to send to a sovereign Afghanistan. It is good to see that there is a multi-party constant on these even today. Hence, it is important to discuss these issues in an open and constructive environment”.

“Members have voiced concerns about the impact of the accelerated United States’ exit, and the security vacuum that has ensued. We hope the security stalemate is resolved peacefully as talks continue in other regional countries, and we also hope that gains made in the last 20 years are not reversed. There are natural questions based on a potential worsening of the crisis, and the fact remains that the Taliban are negotiating now from a position of unprecedented strength. Pakistan’s first priority must be to protect our population from a surge in violent extremism, as well as a constructed narrative from certain spoiler quarters that Pakistan has to bear the responsibility of both security and peace in Afghanistan. The burden must be shared by the region and international community in meaningful ways and for this Pakistan must launch a diplomatic offensive for a big-tent conference that shares the task of negotiating peace, and shoring up a torn country driven by a war economy.”

Rehman also said “It is not the best time to be making enemies in any geopolitical contest in the region or in the broader global context, given our exposure to the multilateral system. Pakistan should not get caught up in the crosshairs of any new great game, or at least manage a balance,” she added.

Vice President PPPP Senator Sherry Rehman concluded by saying, “The situation in Afghanistan needs to be carefully handled as Pakistan cannot afford any possibility which threatens our national interests and undermines our efforts for a peaceful solution to the Afghan crisis. We have always supported a peaceful resolution of the Afghan conflict however, it is important to take into account the post-withdrawal situation and encourage a more inclusive system of governance to give peace a chance to flourish as this will help in the progress and prosperity of the region”.

The Committee was given a detailed briefing by the Foreign Minister, Shah Mehmood Qureshi who said that we want peace and stability in the region.

Members were concerned about Pakistan’s responses in the event of more urban centres in Afghanistan falling, and agreed that there should be no sustainable military solution to Pakistan. They also shared their views on potential risks to Pakistan in the event of a worsening crisis in Afghanistan. The Chair, Senator Sherry Rehman concluded by thanking all the members and the Ministry of Foreign Affairs and said that the next meeting will be called in-camera for a more detailed briefing and candid inputs from members, but the committee will continue to serve as a nodal point for open discussions and constructive debate as well.