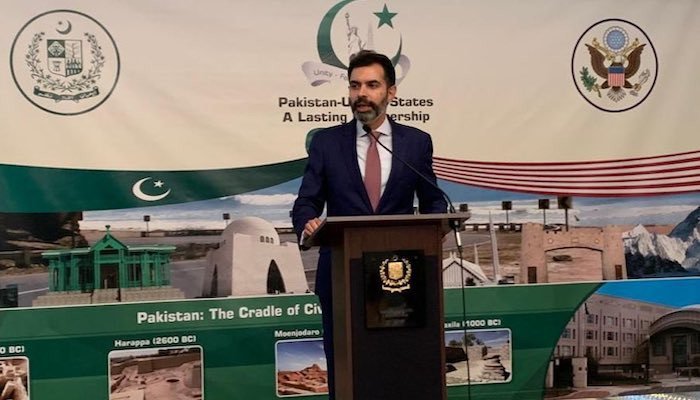 State Bank Pakistan Governor Reza Baqir, speaking at a gathering at the Pakistan embassy in Washington, said that the talks between IMF and Pakistan are going well and the goals of both are aligned.

Talking to the media after introducing the Roshan Digital Initiative to a gathering at the Pakistan embassy. He said that Pakistan is taking steps to get out of the Financial Action Task Force grey list.

He said that SBP Amendment Bill, 2021, which has proposed greater autonomy for the State Bank will be beneficial for Pakistan as it has been seen in many countries that there are greater benefits if the institution is independent from the government. It will be able to achieve better outcomes in terms of growth, employment, and inflation.

He said the Bill will be debated and that it is in “the interest of Pakistan”.

The SBP governor said that Pakistanis abroad have benefited a lot from the Roshan Digital Account.

While speaking about talks between the IMF and Pakistan, he said that there is constant communication between the two and “technical issues” are being discussed.

“We [the IMF and Pakistan] share the same goals. We too want to expand our tax net and improve our tax-to-GDP ratio,” Baqir said “We share the same objectives in other sectors too, such as energy and circular debt. The talks are about how to attain these goals.”

Last month, the IMF stated that more negotiations with Pakistan are required on Pakistan’s fiscal expenditure plans, structural changes, notably in the tax and energy sectors, and social spending.

According to IMF spokesman Gerry Rice, the Fund is holding open, constructive discussions with Pakistan as part of a sixth review of the country’s 39-month, $6 billion financing programme that began in 2019.

Rice declined to say if disbursements under that programme had been halted.

“We stand ready to continue to support Pakistan,” he said.

Pakistani authorities and IMF, for the time being, have agreed to continue talks to narrow down differences, but the IMF-sponsored programme has been put on halt mode as the international money lender has conveyed that the sixth review under the Extended Fund Facility (EFF) will be accomplished in September this year instead of July 2021.