Shahzain Bugti appointed SAPM on Reconciliation and Harmony in Balochistan 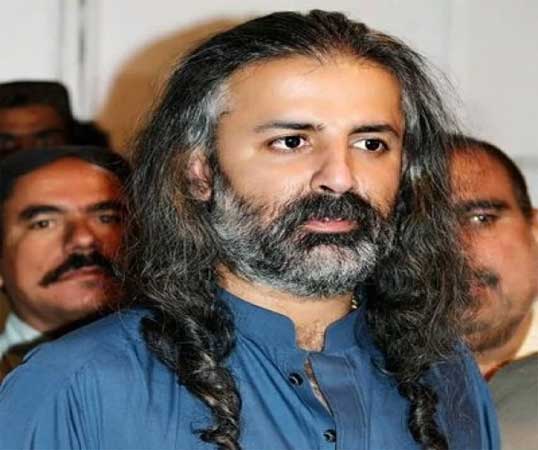 Jamhoori Watan Party (JWP) chief and MNA Shahzain Bugti has been appointed as Special Assistant to Prime Minister on Reconciliation and Harmony in Balochistan, a notification said on Wednesday.

“The Prime Minister has been pleased to appoint Nawabzada Shahzain Bugti MNA as Special Assistant to Prime Minister on Reconciliation and Harmony in Balochistan, with immediate effect. He shall hold the status of Federal Minister,” a notification from the Cabinet Division said. The appointment comes on the heels of the government working on holding talks with the disgruntled Baloch leaders.

Prime Minister Imran Khan, two days back, had said he was mulling over speaking to insurgents in Balochistan, as the situation in the province had changed, and Pakistan was moving towards a better future. The premier, addressing an event in Gwadar, had said the insurgents might be upset with the state due to some past grievances or India might have used them to spread terror in Pakistan.

The newly appointed SAPM was elected from Dera Bugti’s NA-259 constituency. His party is also an ally of the PTI-led government in the Centre.

In another development, President Arif Alvi on Wednesday appointed Zahoor Ahmed Agha as the new governor of Balochistan after the former governor Amanullah Khan Yasinzai tendered his resignation.

A notification issued from President Alvi’s office said that he has accepted Yasinzai’s resignation and appointed Agha as his replacement.

Earlier in the day, the former chief justice of Balochistan high court sent his resignation to President Alvi.

Yasinzai, who was appointed as Governor of Balochistan by President Alvi in October 2018, was asked to step down by Prime Minister Imran Khan in a letter after which the retired judge had decided to resign.

The premier had written a letter to Yasinzai in which he said that he wanted to appoint someone else in his place. In his letter, the premier had written that he wanted to meet Yasinzai in person but couldn’t do so due to Covid-19. “It has been a pleasure [working] with you, striving for the creation of a welfare state, and especially looking after the people of the province of Balochistan,” the premier wrote in the letter. “However, given the current political situation, dexterity and deftness are needed at this juncture for a delicate balancing act to simultaneously ensure political inclusion and fulfilment of our commitment towards the people of Pakistan. Above in view, I intend to appoint a new governor in Balochistan and would, therefore, request you to resign.”