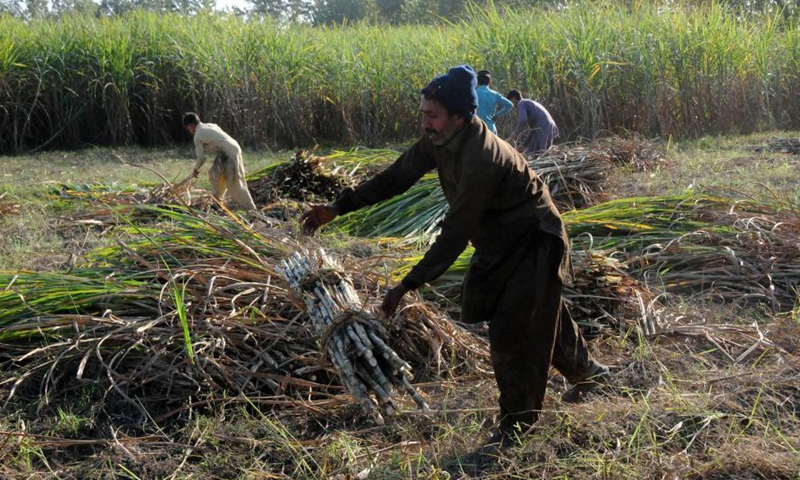 PESHAWAR: The agricultural innovation and research was imperative to improve the quality of crops and seeds while reducing the cost and getting maximum production.

The Department of Agriculture Khyber Pakhtunkhwa Charsadda had recently introduced a new variety of low cost sugarcane seed which gave sugarcane production more than its predecessors.

Director, Department of Agriculture, Charsadda Ali Khan said that, for one acre of land, 80 quintals of seeds of this new type of sugarcane was required which gives production of 4000 kgs sugarcane crop.

He said that sugarcane growers were also being provided with modern technology machine “Chip Bud” with the help of which they could extract seeds from sugarcane and use it for re-cultivation which reduces the cost of their cultivation to almost zero.

Replying to a query, he said that in order to increase the production of wheat, 8,637 bags of new wheat seeds have been distributed among the farmers this year and they were also being given a subsidy of Rs 1,200 per bag.

He said seeds gave very good results in the experimental period, adding that cultivation of new seeds in the district would increase the income of farmers manifold.

The official said that the department has cultivated other crops like sunflower, canola and sesame to achieve self-sufficiency in the edible oil sector and reduce its dependence on imports and for the purpose the government was giving a subsidy of Rs 5,000 per acre to farmers for cultivation of these crops.

He said that the department was also paying special attention to increase the production of rice in the district and new varieties of rice seeds were being distributed among the farmers and they were being given a subsidy of Rs 1200 per acre.

The department has set up its branches in different areas of the district for the facilitation, distribution of seeds and guidance of the farmers.

Similarly, Ali said, the department has constructed a rain dam in UC Bahram Dheri area of Charsadda to bring the barren lands of this area under cultivation.

The Department of Agriculture has also planted three orchards on 6 acres of land for 8 landlords, mango on 2 acres, apricot on 2 acres and peach orchards on 2 acres, as well as cultivated sunflower in the hilly area adjacent of Turkli.

Replying to a question regarding the subsidy, Ali said that in order to ensure transparency in the process, copies of farmers CNIC and other data were sent to Peshawar headquarters from where the subsidy was paid to them through easy money.

He said that 2,000 bottles of medicine have been sold to the farmers at the rate of Rs 1,200 per bottle to eradicate the weeds in the fields, out of which Rs 900 per bottle would be returned, adding the subsidy is being given only on the cultivation of new seeds.

Ali Khan said that in order to increase the income, farmers were encouraged to adopt new seeds, innovative methods and use DIP and potash fertilizers which increase the yield many times and lead to higher income.

He said that in order to make Pakistan self-sufficient in the field of agricultural commodities, Imran Khan had launched the Prime Minister’s Agriculture Program in the year 2019, after which the Khyber Pakhtunkhwa Agriculture Department, on the direction of the provincial government, expanded to the entire province.