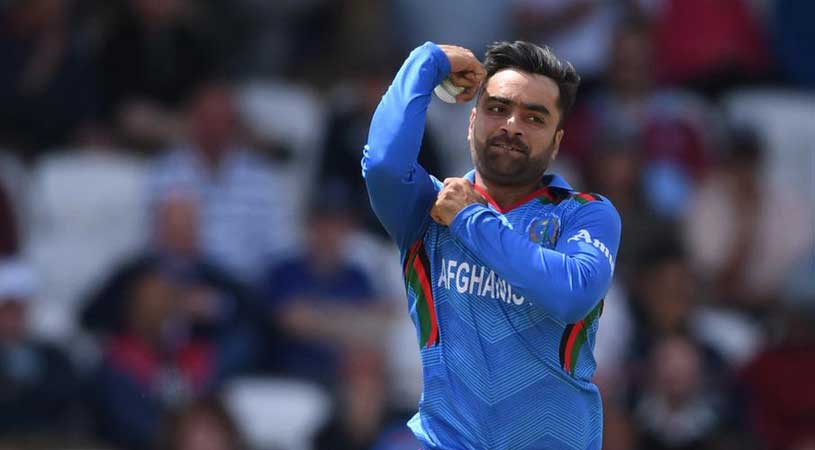 KABUL: The Afghanistan Cricket Board on Tuesday appointed spinner Rashid Khan as skipper for the upcoming Twenty20 World Cup to be held in the United Arab Emirates. The 22-year-old had briefly led Afghanistan in 2018-19 before leaving the post saying he was better off as a player. While he had recently voiced reservations about leading the team, fearing it could affect his bowling, Khan expressed gratitude on Tuesday. “It is my duty now to serve my country & my team,” he tweeted. “Thank you #ACBofficials for the trust & believing in me. It is a dream journey & my fans support will be the key.” Afghanistan sacked all-format skipper Asghar Afghan in May, naming Hashmatullah Shahidi as Test and one-day international captain while deferring the announcement for the Twenty20 internationals (T20Is). Afghanistan said middle-order batsman Najibullah Zadran will be Khan’s deputy for the shortest format. Khan previously led Afghanistan in two Tests, losing one and winning the other while in seven one-day internationals he lost six and won one. His record in the T20Is was better as he won four of the seven he captained, losing the other three. With his uncanny leg-spin, Khan has earned a reputation as a top cricketer and is number two in T20I rankings, behind South African spinner Tabraiz Shamsi. Khan has 95 wickets in 51 T20Is at an economy of 6.21 runs per over — the best among current international bowlers. Afghanistan will play the main rounds of the Twenty20 World Cup from October 17-November 14. Afghanistan has been placed in Group B alongside India, England and South Africa, with two qualifiers from the first round to join them. Defending champions the West Indies will be with Pakistan, Australia, New Zealand and two qualifiers in Group A.