Plea against Maryam, Safdar over alleged violation of Mazar-e-Quaid’s sanctity dismissed by court 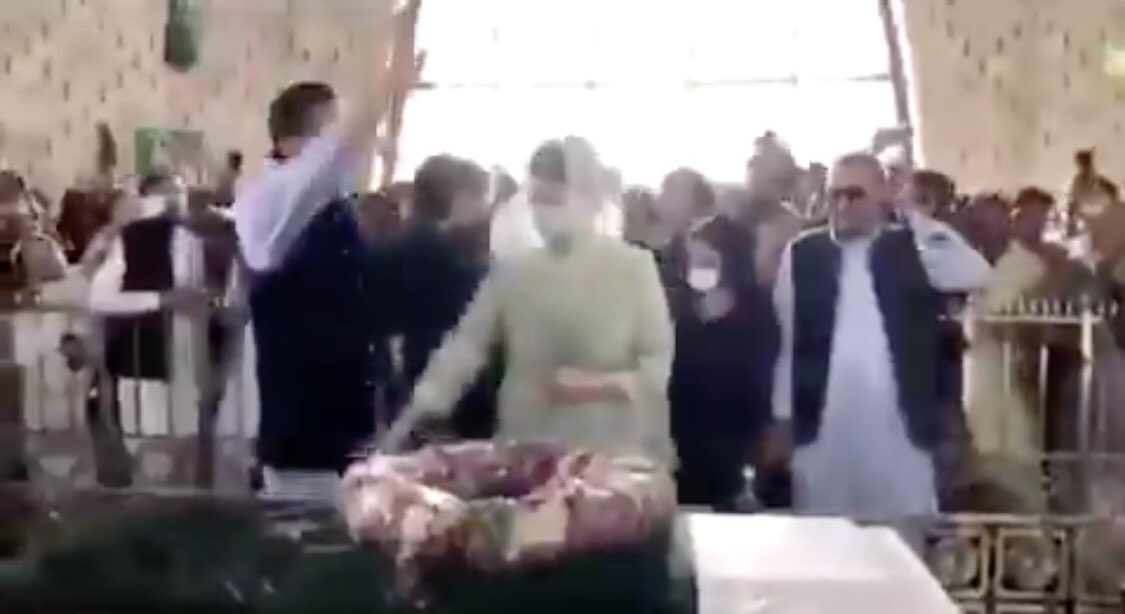 KARACHI: A judicial magistrate in Karachi rejected on Tuesday a plea filed by the Quaid-e-Azam Mazar Management Board to register a case against PML-N leader Maryam Nawaz, her husband Capt Safdar Awan, and party workers over the alleged violation of the sanctity of Quaid-e-Azam’s mausoleum.

The decision was announced by judicial magistrate South in a hearing held in Karachi today.

Back in March, a judicial magistrate in Karachi directed the Senior Superintendent of Police (Investigations) to investigate Maryam and her husband Safdar over the alleged violation of the sanctity of Quaid-e-Azam’s mausoleum last year.

The case, filed by the Quaid-e-Azam Mazar Management Board, states that Capt Safdar and his accomplices physically harmed the mausoleum.

In November last year, a judicial magistrate had quashed a different FIR filed against Safdar Awan after categorising the case as “C class”.

The police complaint had accused Awan, husband of PML-N vice-president Maryam Nawaz and son-in-law of former premier Nawaz Sharif, and a cohort of PML-N supporters to have violated the sanctity of Quaid-e-Azam’s mausoleum by chanting political slogans and intimidating people.

On October 19, a day after his visit to the mazar, Sindh Police arrested Safdar from his hotel room in the early morning, causing a political uproar.

He was granted post-arrest bail the same day.

On November 9, the investigating officer (IO) submitted an amended charge sheet before the judicial magistrate. He and the special public prosecutor had then recommended the court to declare the case as “B class”.

However, the judicial magistrate rejected the police’s recommendation to categorise the FIR as “B class” and quashed it as “C class”.

What is a C class FIR?

When the FIR is true but the accused persons cannot be traced, the report is classified as A-class, while B class means the complaint was found to be “maliciously false”.

In C class, the FIR is disposed of as being a non-cognisable offense – meaning the criminal case was filed due to a mistake of fact or the offense is of a civil nature.

The aftermath of Awan’s arrest

Awan’s arrest sparked outrage from opposition parties, with the Sindh government claiming Sindh IGP Mushtaq Mahar was “abducted” and forced to act against the PML-N leader.

This ensued a court of inquiry, ordered by Chief of Army Staff General Qamar Javed Bajwa.

On November 10, the Inter-Services Public Relations (ISPR) said some officials of the Inter-Services Intelligence and Pakistan Rangers (Sindh) were removed from their posts pending further departmental proceedings for acting “overzealously”.