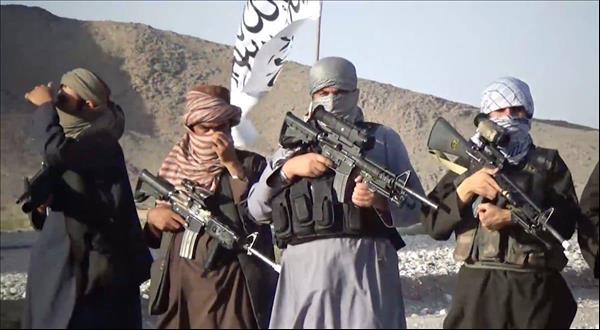 The Taliban will present a written peace proposal to the Afghan government next month, according to the group, despite their major territorial gains in the country, as severe fighting breaks out with the imminent withdrawal of foreign forces from the war-torn country.

Hundreds of Afghan security force members have fled into neighbouring Tajikistan due to Taliban attacks since the United States vacated its main Afghan base, centerpiece of the U.S. and NATO might for almost two decades in the country, as part of a plan to withdraw all foreign troops by September 11.

“The peace talks and process will be accelerated in the coming days … and they are expected to enter an important stage, naturally it will be about peace plans,” Taliban spokesperson Zabihullah Mujahid told Reuters on Monday.

“Although we (Taliban) have the upper hand on the battlefield, we are very serious about talks and dialogue.”

The escalation in fighting and the flight of thousands of members of the tattered Afghan security forces have raised grave doubts about the US-backed peace negotiations, which began last year.

The Taliban in a matter of weeks, have started controlling parts of the country. Western security officials have said that the Taliban have captured more than 100 districts while the Taliban claim a double figure of 200 districts in 34 provinces, which is over half of Afghanistan.

On Sunday, more than 1,000 Afghan security personnel retreated across the northern border into Tajikistan after Taliban advances, the Tajik border guard service said, while dozens of others were captured by the Taliban.

Responding to a request for comment on the Taliban representative’s remarks, a spokesperson for the US State Department said a negotiated settlement was the only way to end 40 years of war in Afghanistan.

“We urge the sides to engage in serious negotiations to determine a political roadmap for Afghanistan’s future that leads to a just and durable settlement, the official said.

Last week US forces vacated Bagram Air Base as part of an understanding with the Taliban, against whom it has fought since ousting them from power after the September 11, 2001, al Qaeda attacks on the United States.