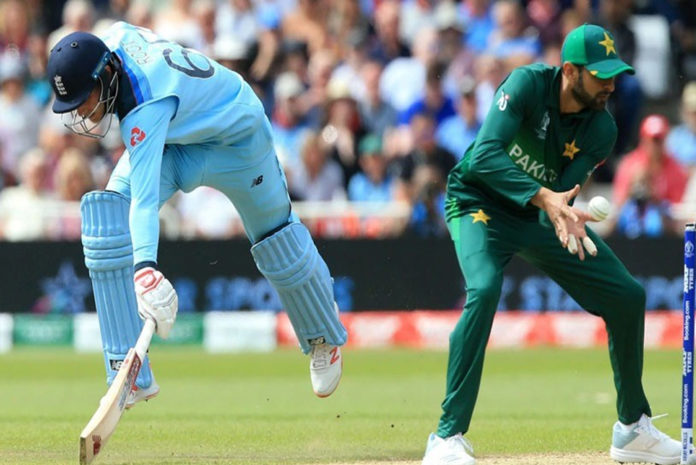 England have named an inexperienced 18-man replacement squad for their ODI series with Pakistan after three players and four staff members tested positive for Covid-19.

The team were due to begin the series with an ODI in Cardiff on Thursday.

But tests administered on Monday returned seven positive results and the rest of England’s party will be required to self isolate as a result.

Ben Stokes returns to captain the squad having been absent after sustaining a broken finger when playing in the IPL earlier this year.

Stokes has been absent from England duty after sustaining a broken finger when playing in the IPL earlier this year.

There is no recall for Nottinghamshire batsman Alex Hales, who has not played for England since being removed from the World Cup squad for an “off-field incident” in May 2019.

Chris Silverwood will also return to coach the new squad. He had been sitting out the Pakistan games to take a break before next month’s Test series against India.

An ECB statement said those impacted by the positive tests “will now observe a period of self-isolation from 4 July following the UK Government’s protocol on quarantine.

“The remaining members of the party have been deemed close contacts and will also isolate.”

ECB chief executive officer Tom Harrison added: “We have been mindful that the emergence of the Delta variant, along with our move away from the stringent enforcement of bio secure environments, could increase the chances of an outbreak.

“We made a strategic choice to try to adapt protocols, in order to support the overall wellbeing of our players and management staff who have spent much of the last 14 months living in very restricted conditions.

“Overnight we have worked swiftly to identify a new squad, and we are grateful to Ben Stokes who will return to England duties to captain.”

The 10-day isolation period the squad will face will will span all three ODIs against Pakistan.

Thursday’s fixture at Sophia Gardens is followed by games at Lord’s on 10 July and Edgbaston three days later.

England then face three Twenty20 fixtures against Pakistan on 16, 18 and 20 July.

Ashley Giles, managing director of England men’s cricket, said the enforced changes gave the new players an opportunity to prove their mettle at the highest level.

“It’s an exciting group of players, with some young talent and some players who have impressed at domestic level over a long period of time,” said Giles.

“We’re in unprecedented territory, in terms of replacing an entire squad and management team, and I’m very proud of how everyone has come together in order to get it done – both those within the ECB and from the county game.

“Ben hasn’t captained our ODI side before so it’s a huge honour for him. We all wish him well and it’s a role I’m sure he’ll thrive in.

“I’d like to also put on record the thanks of the ECB to the PCB for their support and understanding during this time.”