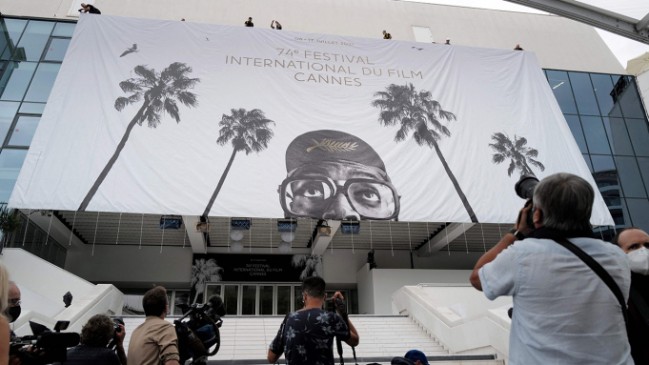 The famed Cannes Film Festival opens Tuesday, and despite social distancing subduing some of its signature glamour, excitement is rife for the first fully fledged film festival since the start of the coronavirus pandemic.

Last year’s edition was cancelled over the health crisis, and although stars will be allowed to go maskless on the red carpet this year, a health pass is required for entrance and many of the glitzy after-parties that are the festival’s calling card have been postponed because of distancing measures.

“Covid is still there, but being here for the return of the festival, in the opening film… it’s a huge sense of relief and excitement,” US actor Adam Driver told AFP.

Members of the jury — headed for the first time by a black man, US director Spike Lee — arrived Monday night and will give their traditional press conference on Tuesday afternoon, before embarking on their 24-film marathon.

The festival palace — a squat, concrete construction dubbed “the bunker” — is draped in a poster featuring Lee, in oversize spectacles, peering between two palm trees.

His jury this year has a female majority, including US actor Maggie Gyllenhaal, Canadian-French singer Mylene Farmer and French-Senegalese actor Mati Diop.

Other members include Tahar Rahim, star of 2009 film “A Prophet”, and South Korean actor Song Kang-ho, who dazzled in the festival’s last winner two years ago, “Parasite”.

As evening falls, stars will strut down the recycled red carpet, which has been chopped in size as part of a green makeover.

American actor and director Jodie Foster is guest of honour at the opening ceremony, and will be awarded an honorary Palme d’Or before the screening of “Annette” gets underway.

The film is Carax’s first since “Holy Motors” nine years ago, which also competed at Cannes.

It tells the story of a celebrity couple and their mysterious child, the titular Annette.

Cotillard told AFP that after months of pandemic-induced confinement, the tragic love story “invites the spectators to come and be transported, to be present at a great spectacle”.

Her co-star Driver famously hates watching himself on screen, and said this film will be no exception.

When the lights go out, he said he will flee to an office until it is finished.

“I sit there playing with a stapler or some scotchtape and come back when the lights are back on,” he smiled.

“And I act as if I’d been there the whole time!”

This year, 24 films will compete for the festival’s top prize, the Palme d’Or.

Festival director Thierry Fremaux has promised that the line-up “packs a punch”.

The directors vying for glory include such perennial Cannes favourites as Italy‘s Nanni Moretti with his new film “Tre Piani,” France’s Jacques Audiard (“Les Olympiades”) and Thailand’s master of the slow burn, Apichatpong Weerasethakul, with his English-language debut (“Memoria”).

Other contenders include Sean Penn, whose Africa-based humanitarian love story “The Last Face” bombed at Cannes in 2016; Iran’s two-time Oscar winner Asghar Farhadi; and Russian director Kirill Serebrennikov, who is barred from leaving the country due to an embezzlement conviction widely seen as punishment for his criticism of President Vladimir Putin.

With just four female directors in the competition, the festival’s tendency to pick the usual (male) suspects of the arthouse elite is once again under scrutiny.

Only one woman has won the Palme d’Or in 73 editions of the festival: Jane Campion for “The Piano” in 1993.