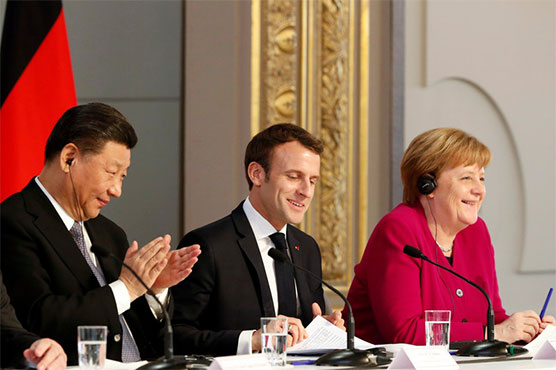 The talks were meant to calibrate positions ahead of several global meetings in the autumn, including the COP26 summit on global warming in the UK and the G20 summit in Rome, the French presidency said. On climate change, the two European leaders discussed with Xi the importance of ending the financing of coal-fired power stations. On trade, the German and French leaders reaffirmed “European expectations on access to the Chinese market and fair competition conditions”, the French statement said.

China’s state-run Xinhua news agency reported Xi as saying that “what China craves for most is to develop itself rather than replace others”. Macron’s office said he and Merkel had encouraged China to open air links “as soon as possible”. The French presidency added that they had both raised the issue of human rights in China and reaffirmed demands concerning “the fight against forced labour”, a presumed reference to the situation in China’s western Xinjiang province.

Rights groups believe at least one million Uyghurs and other mostly Muslim minorities have been put into camps, with forced labour common and some women forcibly sterilised. Xi said Europe and China should “view each other’s differences in a correct way, rationally handle divergences, and ensure ties between the two sides move forward”. The discussion came days after Xi hailed China’s “irreversible” course from colonial humiliation to great-power status at the centenary celebrations for the Chinese Communist Party.