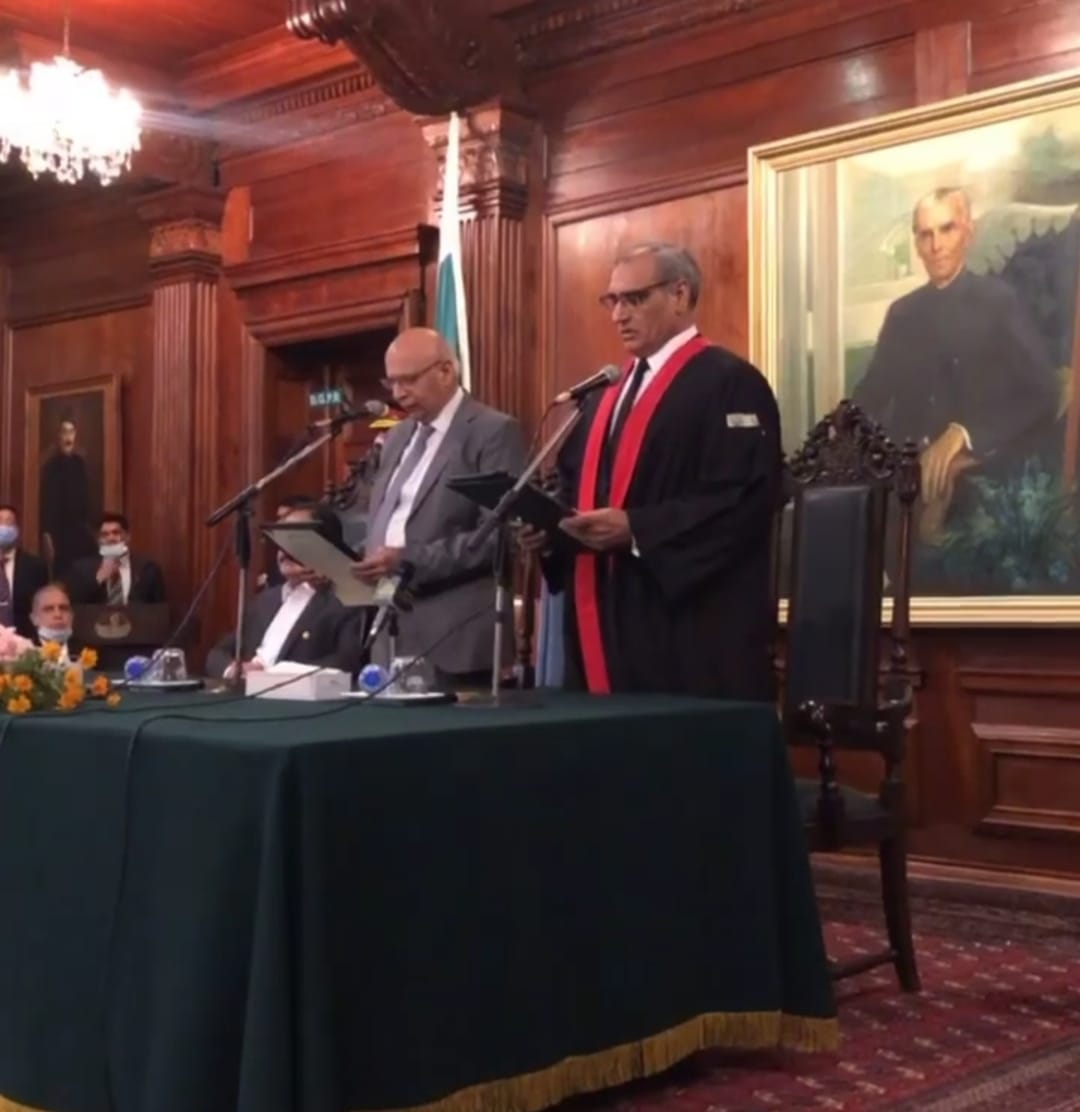 Justice Ameer Bhatti was sworn in as the new chief justice of Lahore High Court on Tuesday. The ceremony took place a day after Justice Muhammad Qasim Khan retired from office.

Earlier, the ministry of law and justice had issued a notification regarding the appointment of Justice Bhatti as the LHC chief justice.

Justice Muhammad Ameer Bhatti was appointed the LHC’s additional judge in May 2011. He will retire as the chief justice in March 2024.

Mr. Justice Muhammad Ameer Bhatti was born in a noble family at Burewala, District Vehari. After his early education from Multan, he obtained a degree of Bachelor of Arts from the University of Punjab.

With a clear vision of rule of law as bedrock of a just and peaceful society that makes the institutions accountable and safeguard human rights, he opted for legal education. He completed his LLB in 1985 from Bahauddin Zakariya University (BZU) Multan.

The longstanding aspiration was translated into reality when he embarked on his journey as professional lawyer in the year 1986 and subsequently enrolled as an Advocate High Court in 1988.

He pursued the legal profession proactively and endeared himself to the members of Bar with his professionalism. It was out of sheer respect for his services and professional acumen that the members of High Court Bar Association Multan elected him as General Secretary (1999-2000).

After a remarkable journey of keen and conscious practice in the High Court, he became Advocate Supreme of Pakistan in 2001. In addition to his professional services in Pakistan, he remained a member of the International Bar Association London (1991-1994) and member of the American Bar Association (ABA) 2000-2002.

After persistent diligence, proficiency, and continuous commitment towards profession of law spanning over almost 25 years, Mr. Justice Muhammad Ameer Bhatti was elevated to Lahore High Court, Lahore as an additional judge on 12.05.2011