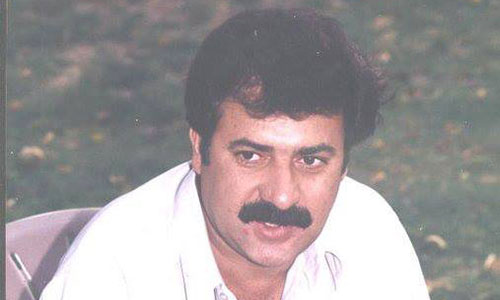 ISLAMABAD: Renowned TV and film actor Hassam Qazi was remembered on his 17th death anniversary on Saturday and glowing tributes were paid for his services in the film industry by all the electronic and Radio channels.

He received his early education from Quetta and did masters in commerce from Quetta University.

Hassam Qazi was interested in acting and joined Pakistan Television Corporation as an actor in 1980’s. He made his debut through drama ‘Khali Hath’, produced by Dost Muhammad Gishkori at PTV Quetta Center.

Despite of his lecturer job, he successfully managed his acting career and appeared in many dramas produced by Quetta, Karachi and Islamabad centers.

He got recognition through his drama “Chaon” which was directed by Kazim Pasha.

He was amongst the top actors of Pakistani television industry during the 90’s decade and proved his abilities through his skills in the industry.

His performance in the serial “Marvi” was so much appreciated by the audience and it was a super hit drama of Pakistan Television (PTV) at that time.

In 2000, Hassam Qazi was diagnosed with heart disease, due to which he settled down in Karachi for the treatment along with his family.

He had also taken a long leave from the college where he was teaching as a lecturer in Quetta.

On July 3, 2004, Hassam Qazi had suffered a heart attack and he was taken to the hospital in Karachi but unfortunately he died on the way to hospital.

Hassam Qazi was just 42 years of age when he was died and he left behind three children and his wife.

He was a great asset of Pakistani television industry and will be always remembered for his services to the industry.