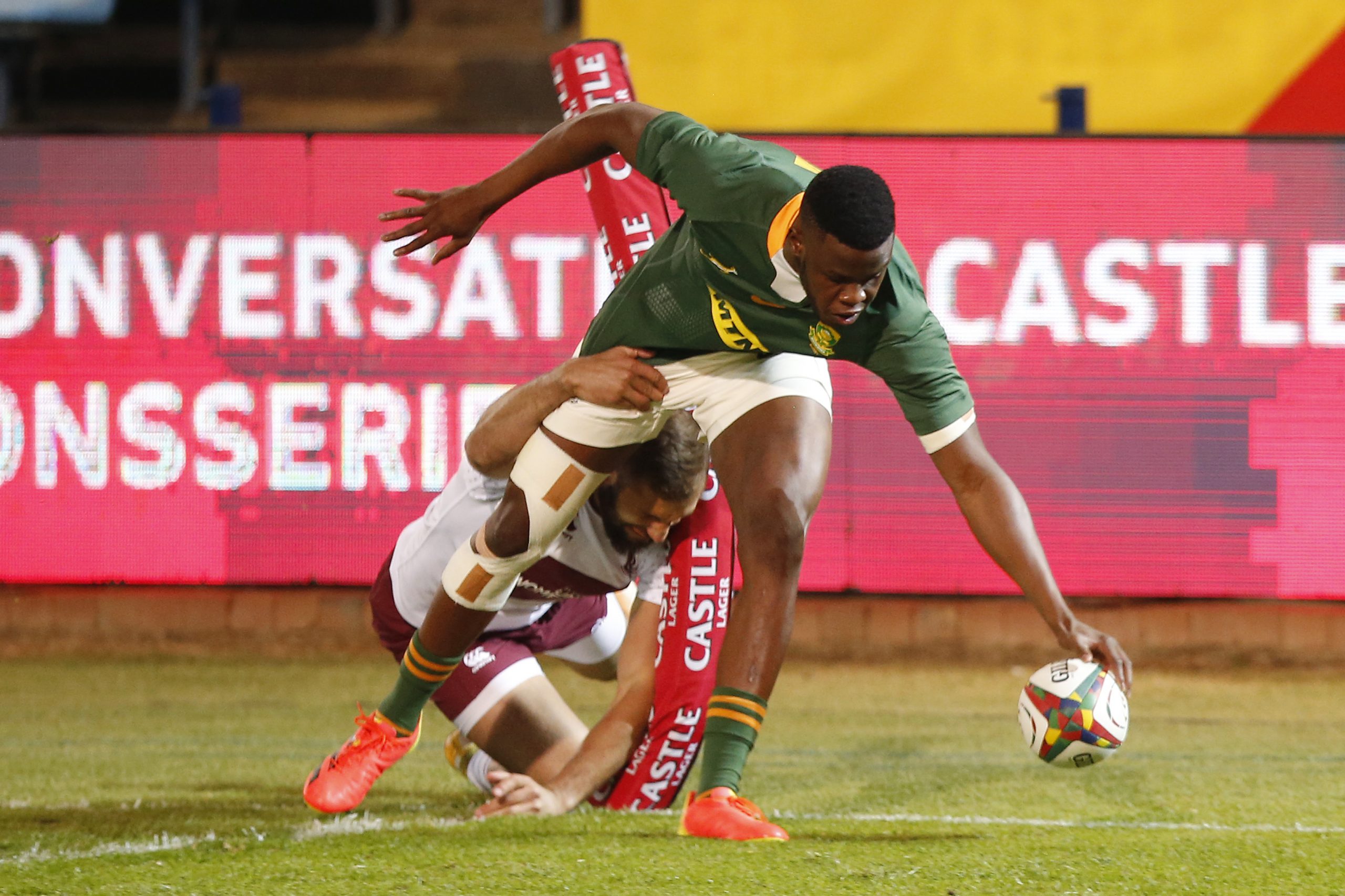 Playing for the first time since defeating England in the 2019 Rugby World Cup final in Japan, the Springboks were slow out of the blocks and trailed by four points after 25 minutes. But a yellow card proved costly for the visitors, who conceded two tries when down to 14 men, and were upstaged in the second half as the class of the hosts told in a match staged behind closed doors. South Africa will play second-tier rugby nation Georgia again next Friday, in Johannesburg, as they prepare for a three-Test series against the British and Irish Lions from July 24. The South African run-on team included six starters from the World Cup final triumph, including captain Siya Kolisi and fellow flanker and reigning World Rugby Player of the Year Pieter-Steph du Toit.

Georgia were forced to make one late change with Russia-based Ilia Spanderashvili replacing injured Giorgi Tsutskiridze in the back row and Irakli Tshakadze promoted to the bench. It was only the second meeting between the countries with the Springboks winning 46-19 when they met at the group stage of the 2003 World Cup in Australia. The convincing victory was anticipated despite the rustiness of the South Africans as they have won the World Cup a record-equalling three times and are ranked first in the world, 11 places above the Georgians. Georgia were first to score on a cold evening at a silent Loftus Versfeld stadium with fly-half Tedo Abzhandadze slotting a third-minute penalty. But the lead lasted less than two minutes as Fassi took a pass from Du Toit and used pace and power to score in the corner. South Africa were conceding numerous penalties and Abzhandadze took advantage to convert two and give the east Europeans a four-point lead 25 minutes into the match. The sin-binning of flanker Beka Saginadze proved costly, though, for Georgia as South Africa scored two tries in his absence to lead 19-9 at half-time.

Hooker Bongi Mbonambi barged over for the first and scrum-half Cobus Reinach took advantage of a mistake by Abzhandadze to score between the posts. Pollard converted both tries. A concern for the Georgians as they trooped off at the break was 16 missed tackles during the opening 40 minutes, seven more than the world champions. The second half was one-way traffic toward the Georgia try-line and number eight Kwagga Smith and two replacements, scrum-half Herschel Jantjies and hooker Malcolm Marx, scored. Pollard converted two before being replaced and the Springbok who took his place, Elton Jantjies, added the extra points to the sixth and final try.