US troops to leave Afghanistan by end of August 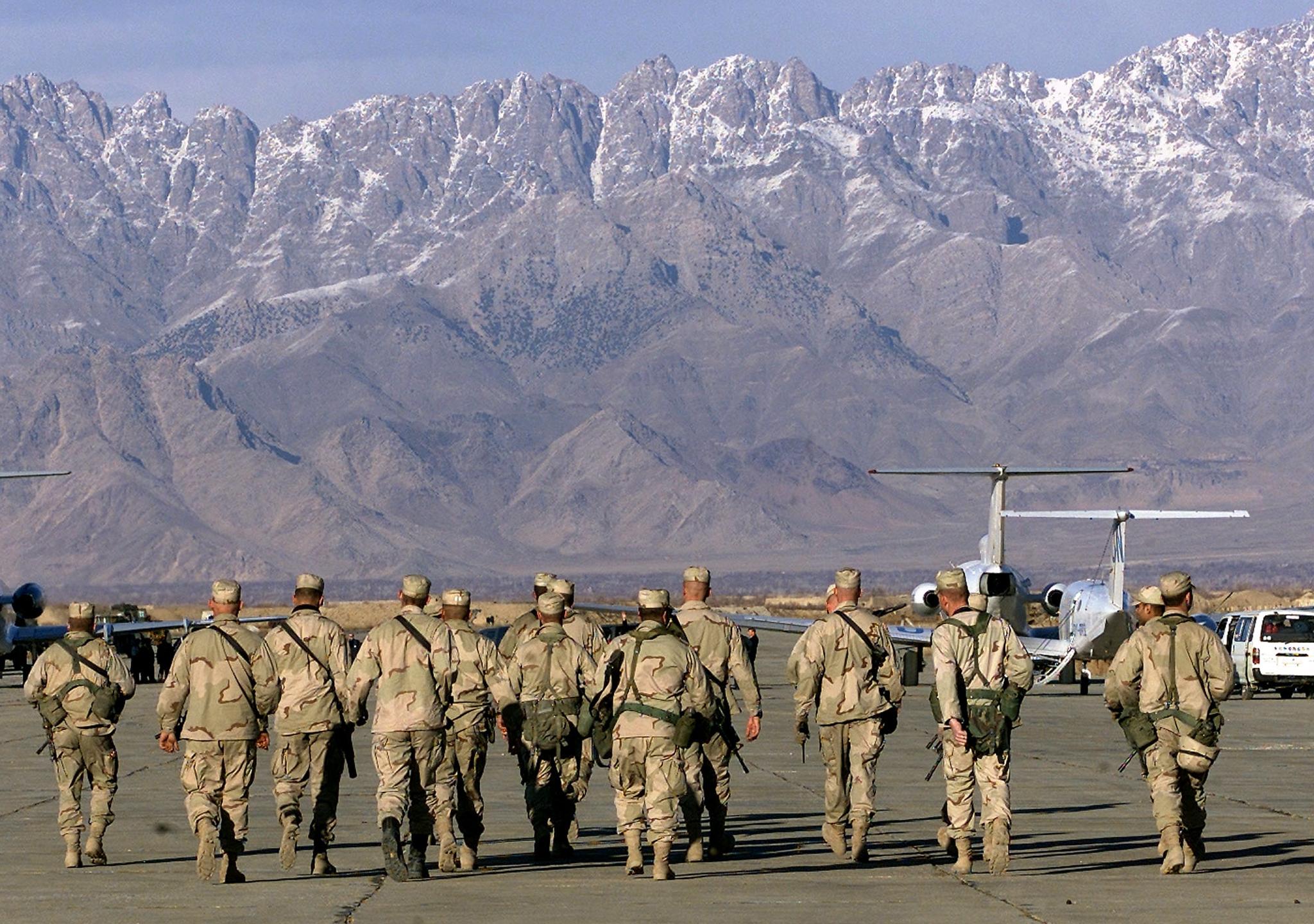 The United States expects to finish withdrawing its troops from Afghanistan by the end of August, officials said Friday, after announcing all American and NATO soldiers had left the conflict-scarred nation’s biggest air base.

Following 20 years of war, US President Joe Biden had set a September 11 deadline for the final pullout of the few remaining soldiers on the ground.

The news Friday that American troops had left Bagram Air Base fueled expectations that the pullout would be completed within days, but White House Press Secretary Jen Psaki said the troops would be out of the country “by the end of August.” “The president has long felt… that the war in Afghanistan was not one that can be won militarily,” she told reporters, adding that the United States would continue to provide security systems and humanitarian assistance in the months ahead. Bagram served as the linchpin for US-led operations in the rugged country, where the long war against the Taliban and their Al-Qaeda allies started in 2001 following the September 11 attacks. “The American and coalition forces have completely withdrawn from the base and henceforth the Afghan army forces will protect it and use it to combat terrorism,” defense ministry spokesman Fawad Aman tweeted.

A US defense official confirmed their departure, while the Taliban said it welcomed the latest phase of the pullout. “Their full withdrawal will pave the way for Afghans to decide about their future between themselves,” spokesman Zabihullah Mujahid said. One Afghan official said some local thugs and drug addicts attempted to loot equipment at the base, but were stopped by Afghan troops. “There will be no lootings as long as we are here… we will defend and protect our country,” said Alifullah, an Afghan soldier guarding one of the base’s gates. The US military and NATO are in the final stages of winding up involvement in Afghanistan, bringing home an unspecified number of remaining troops by Biden’s deadline.

The Taliban have launched relentless offensives across Afghanistan in the past two months, gobbling up dozens of districts as Afghan security forces have largely consolidated their power in the country’s major urban areas. The ability of Afghan forces to maintain control of Bagram airfield will likely prove pivotal to maintaining security in Kabul and keeping pressure on the Taliban. The exit of foreign forces from Bagram base “symbolizes that Afghanistan is alone, abandoned, and left to defend itself against the Taliban’s onslaught”, said Australia-based Afghanistan expert Nishank Motwani. “Having reached home, Americans and allied forces will now watch what they fought so hard to build over 20 years burn down from afar and knowing that the Afghan men and women they fought with risk losing everything.”

At the White House Friday Biden responded to concerns that the internationally backed Afghan government might quickly crumble to Taliban insurgents once its foreign backers leave, saying they “have the capacity to be able to sustain government down the road.” The US military is keeping an “over the horizon capacity” which could bring firepower to help the government, but the “Afghans are going to have to be able to do it themselves.” Media reports say the Pentagon will probably retain about 600 US troops in Afghanistan to guard the vast US diplomatic compound in Kabul. Residents of Bagram said security will only deteriorate with the exit of foreign forces. “The situation is already chaotic… there is a lot of insecurity and the government does not have (enough) weapons and equipment,” Matiullah, who owns a footwear shop in Bagram bazaar, told AFP. “Since they started the withdrawal, the situation has got worse. There is no work… there is no business,” said Fazal Karim, a bicycle mechanic. Over the years the mini-city has been visited by hundreds of thousands of US and NATO service members and contractors.

At one point it boasted swimming pools, cinemas and spas — and even a boardwalk featuring fast-food outlets such as Burger King and Pizza Hut. The base also housed a prison that held thousands of Taliban and jihadist inmates. Bagram was built by the United States for its Afghan ally during the Cold War in the 1950s as a bulwark against the Soviet Union in the north. Ironically, it became the staging point for the Soviet invasion of the country in 1979, and the Red Army expanded it significantly during its near-decade-long occupation. When Moscow pulled out, Bagram became central to the raging civil war of the 1990s — it was reported that at one point the Taliban controlled one end of the two-mile (three-kilometer) runway and the opposition Northern Alliance the other. As of May 2021, there were about 9,500 foreign troops in Afghanistan, of which US troops made up the largest contingent of 2,500. So far Germany and Italy have both confirmed the full withdrawal of their contingents.