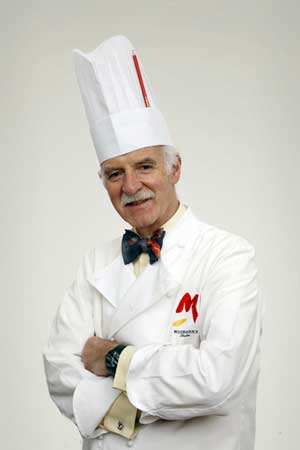 World-renowned chef Anton Mosimann, OBE, was awarded the 2021 Swiss Culinary Merit of Honour on June 21 at Hotel Bellevue Palace in Bern in the presence of President of the Swiss Confederation Guy Parmelin. The award that was launched in 2020, celebrates the top chefs of Switzerland and pays homage to the nation’s rich culinary legacy. Mosimann, born in 1947 into a family of Swiss restaurateurs, had become one of the youngest chefs to receive the prestigious Chef de Cuisine diploma at the age of 25. His claim-to-fame happened when he became the Maître Chef des Cuisines at the Dorchester Hotel when he was only 28. He was also awarded two Michelin stars during his 13-year tenure there. Mosimann’s illustrious resume comprises feats such as founding the Mosimann’s Club, one of the most prestigious dining clubs in the world and providing catering services to The Prince of Wales through his catering company Mosimann’s Party Service.