Following the Governing Board’s approval of the 2021-22 fiscal year’s budget, Pakistan Cricket Board on Friday announced an enhanced and performance-based central contract list 2021-22 for 20 elite men cricketers, including three emerging cricketers, in which match fee across all formats has been equalised.

The list was finalised by the panel that comprised Director – International Cricket, Zakir Khan, chief selector Muhammad Wasim and Director – High Performance, Nadeem Khan, who also consulted head coach Misbah-ul-Haq and captain Babar Azam as part of the process. The provisional list was then shared with Chief Executive Wasim Khan, before it was approved by PCB Chairman Mr Ehsan Mani.

Upward revisions to the central contracts include:

• 25 per cent increase in Category A retainer; no increase in Test, ODI and T20I match fee

In the central contract list 2021-22, Hasan Ali and Mohammad Rizwan have been offered Category A. Hasan Ali had missed out on the contract last year due to an injury but following his stellar performance in the 2020-21 as well as looking ahead to the 2021-22 season, he has been placed in Category A. Rizwan has been rewarded for his consistent performance across all formats by moving him from Category B to Category A.

Likewise, Faheem Ashraf, Fawad Alam, Mohammad Nawaz and Nauman Ali have also been offered central contracts in recognition of their contributions and performances in the 2020-21 season.

Players missing out on the central contracts include Asad Shafiq, Haider Ali, Haris Sohail, Iftikhar Ahmed, Imad Wasim, Mohammad Abbas, Naseem Shah, Shan Masood and Usman Shinwari. However, they remain firmly in the selectors’ plan for the season ahead and have the opportunity to earn contracts for the 2022-23 season, subject to performances during the 2021-22 season.

PCB Chief Executive Wasim Khan said : “Selecting 20 players amongst a big pool of quality cricketers is always a challenging task. I would like to thank the panel for their diligent work in selecting the 2021-22 central contract list against an agreed criteria.

“In the new list, we have seen eight new players emerge who have now gained central contracts. Due to the competitive nature of the central contract system nine players who had contracts in 2020-21 have sadly missed out on this occasion. The door remains firmly open for these players and they will continue to remain in the plans of the selectors.

“The equalisation of match fees means that all players who walk out together to represent Pakistan will receive the same match fees irrespective of which category they are in, or whether they have a central contract or not.

“Despite the challenging economic climate, we as the Pakistan Cricket Board believe that it is important to continue to show advancement in the value of central contracts. In the last two years, we have seen significant progress in central contract payments and we will remain committed to the principle of improving the value of contracts year-on-year.” 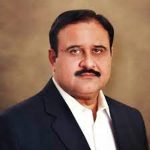 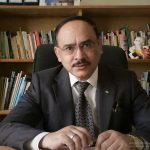 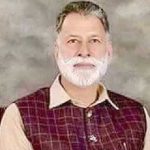 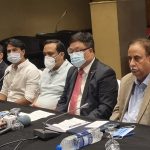