70 Levies personnel suspended for not getting vaccinated against Covid 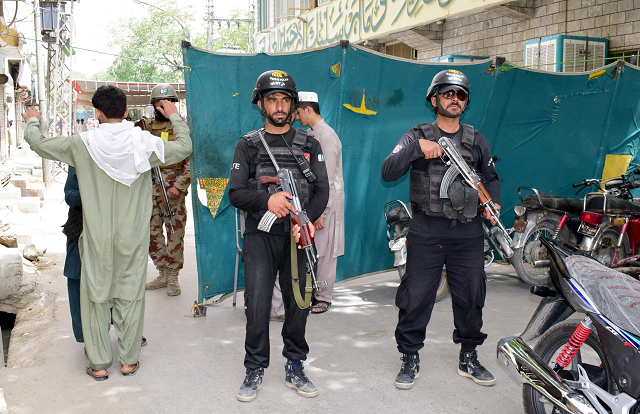 DUKI: At least 70 Levies personnel were suspended in the Duki district of Balochistan for not getting themselves vaccinated against Covid-19 despite “repeated reminders”, according to a statement issued by Assistant Commissioner Habib Bangalzai.

Bangalzai said the paramilitary personnel were told to get Covid-19 jabs but they turned a blind eye to official requests and subsequent reminders. “As a result, they have been suspended and their salaries withheld,” he added.

The personnel are suspended over apparent reluctance to get the vaccines which include two naib tehsildars, three constables, a muharrar, and a wireless operator.

The deputy commissioner had earlier asked the levies personnel to ensure their vaccinations to protect themselves from the Covid-19.

The National Command and Operation Centre (NCOC) had on June 9 made coronavirus vaccines mandatory for all public and private sector employees, directing government employees to be fully vaccinated by June 30.

According to the data shared by the NCOC on June 30, as many as 23 deaths and 735 more cases were reported from across the country in a single day and the number of active cases had reached 32,153. As of June 29, there were 2,201 patients hospitalised across the country and 253 of them were on ventilators.