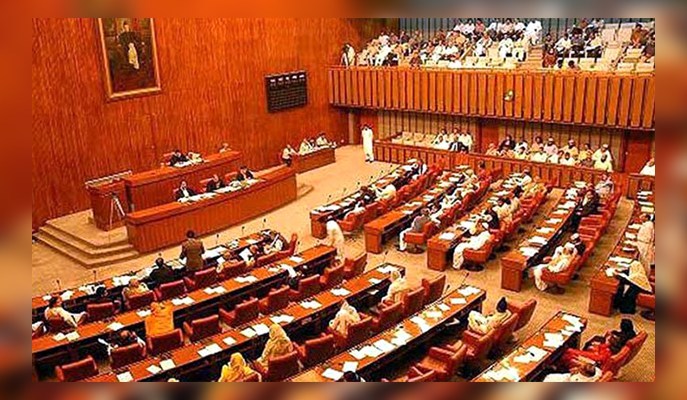 A public petition against the management of Ghouri Town, Ghouri Greens was referred by Senate Chairman Sadiq Sanjrani to the committee.

The committee that met here with Mohsin Aziz also summoned the Capital Development Authority (CDA) chairman in the next meeting to discuss the issue in detail.

The CDA officials apprised the meeting that Ghouri Town was an illegal housing scheme as it was launched without obtaining No-Objection Certificate from the authority.

The interior secretary asked the CDA officials to look into rules that how such cases could be regularized to provide relief to the residents.

Deputy Commissioner Islamabad, Hamza Shafqaat apprised the committee members that the scheme was owned by four or five people, adding that one of them was died while rest of them flee from the country.

He said the civil administration had registered some 24 first information reports against the scheme owners for fraudulently selling plots to the common men.

Senator Fauzia Arshad reprimanded the federal apex agency for showing slackness into the matter, putting millions of rupees of people at stake.

Senator Azam Nazir Tarar said the number of such cases were increasing in the country, adding that such issues should be dealt by the NAB to provide relief to the victims.

Considering the issue regarding money laundering investigation against JS Bank, the The Federal Investigation Agency (FIA) director told the committee that a parallel inquiry was underway in the NAB after its completion a report would be submitted to the committee. The committee deferred the agenda till next meeting.

Among others the meeting was attended by Yousaf Raza Gillani, Rana Maqbool, Moula Bux Chandio, Faisal Saleem Rehman, Shahadat Awan, Faisal Sabzwari, Dilawar Khan and other senior officials of the interior ministry and its attached departments.