* Now, it will stream globally on Prime Video from July 2, making it one of the biggest blockbusters ever to skip theatres entirely 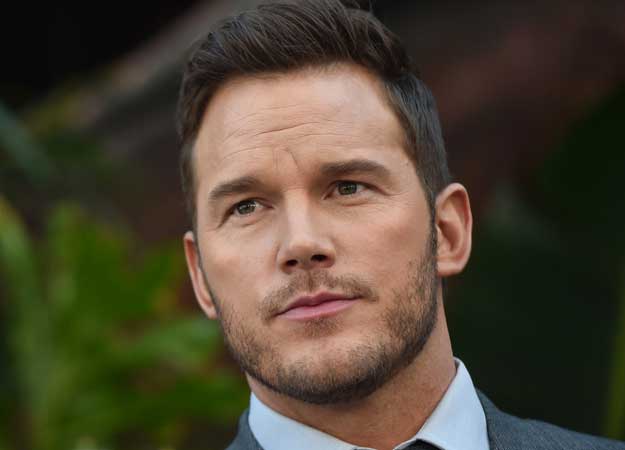 With a top Hollywood star, a dark “Terminator”-esque sci-fi premise and a reported $200 million price tag, “The Tomorrow War” would ordinarily be shaping up as one of the summer’s biggest and smartest blockbusters.

But the Chris Pratt-led movie won’t be troubling box offices at all, having been sold to Amazon for a whopping fee back in January, when movie theatres were shut in Covid-slammed California and beyond. Now, it will stream globally on Prime Video from July 2, making it one of the biggest blockbusters ever to skip theatres entirely.

“Please don’t watch it on your phones! Watch it on the biggest screen you possibly can with the loudest sound – crank it up,” director Chris McKay told AFP.

“Invite the neighbours over so that they’re not annoyed that you’re cranking it up — but just watch it with a lot of people because you’re going to have a good time.”

The film’s explosive premise is quickly established: time travellers suddenly appear from the near future, where a horrifying alien invasion is on the verge of wiping out humanity.

‘Please don’t watch it on your phones! Watch it on the biggest screen you possibly can with the loudest sound — crank it up,’ director Chris McKay told AFP

They beg their own parents and grandparents to travel with them three decades into the future to help fend off hordes of the nightmarish, endlessly ravenous “white spikes.”

The movie combines effects-laden action scenes shot on locations including Iceland with horror tropes, family drama, and even environmental themes like climate change.

“When we were making the movie, there were existential threats that we had in the back of our mind – like ‘what’s your responsibility for future generations?'” said McKay.

“And then Covid comes along,” he recalled, forcing a film shot mainly before the pandemic’s arrival to be finished remotely at post-production editors’ homes.

The parallels of a world suddenly turned upside-down by a threat requiring a unified response were not lost on the filmmakers.

“It’s dovetailing… we process things through movies, because they can put them in a distance, and especially when it’s a genre movie,” said the director.

For Betty Gilpin, who plays the therapist wife of Pratt’s military veteran, the film fulfils two key functions: pure, escapist entertainment and “slipping in” a message or two about our duty to the planet’s future.

“That also really drew me to this script — that it seems like it’s going to be this mindless popcorn movie, and then it really has some smart things to say,” she told AFP.

Her path from TV comedy to blockbuster movie echoes that of co-star Pratt, who broke through as the chubby, loveable goofball Andy Dwyer in NBC sitcom “Parks and Recreation.”

Pratt has since beefed up for leading roles in some of Hollywood’s biggest franchises, including Marvel superhero movies like “Guardians of the Galaxy” and the “Jurassic World” films.

He is married to the daughter of action-movie legend Arnold Schwarzenegger, Katherine.

“I think a lot of people respect that he went from that guy to the ‘Guardians of the Galaxy'” said McKay, who also previously worked with Pratt on “The Lego Movie.”

“He’s a movie star but he can do so many different things and be so incredibly vulnerable.”

In his latest role, Pratt plays a former special ops soldier who feels trapped in a suburban teacher job — before he gets drafted to battle aliens in the future. “I’m such a huge ‘Parks and Rec’ fan,” said Gilpin of her on-screen husband. “So I feel, to me, he’ll be Andy, always.”