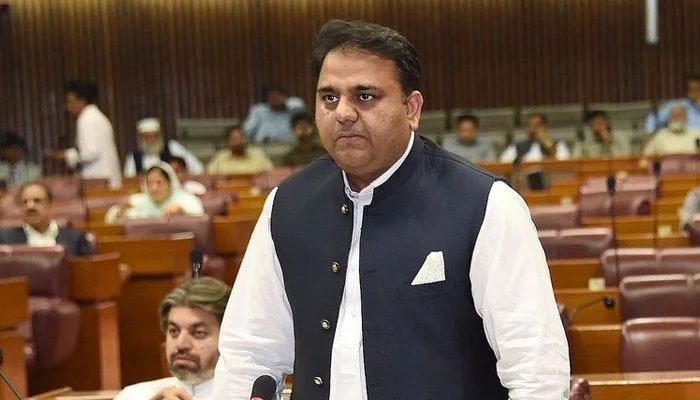 Speaking in the National Assembly, Federal Minister for Information Fawad Chaudhry said that every word of the articles on freedom of expression is valued in American newspapers, there should be a consensus between the opposition and the government on issues related to Pakistan’s interest.

He said that Maryam Aurangzeb should apologize for campaigning on fake news of Media Development Authority Ordinance, while Shazia Marri should tell who are the killers of Aziz Memon and Ajay Lalwani.

Fawad Chaudhry said that we want to give a historic facility to the journalists, Bilawal should pass the Journalist Protection Bill in the Human Rights Committee.

The Federal Minister said that international propaganda was being used for the protection of journalists, adding that most attacks on journalists in the history of Pakistan’s journalism took place during the PPP regime.

Fawad Chaudhry said that it was not known about the murder of Nowshero Feroze and Sukkur journalists. Shazia Murree, tell me who are the killers of Aziz Memon and Ajay Lalwani? The entire international media also asks about the murder of Aziz and Ajay and we are ashamed.

He said, “I hope Shazia Murree will tell me what happened. The biggest influence in the Sindh government is that of Shazia Murree. I tell Bilawal Bhutto that there is a bill in your committee for the protection of journalists. Why are you sitting on it?” The National Assembly approved the demands of the Ministry of Information.