US presses allies to bring back IS fighters 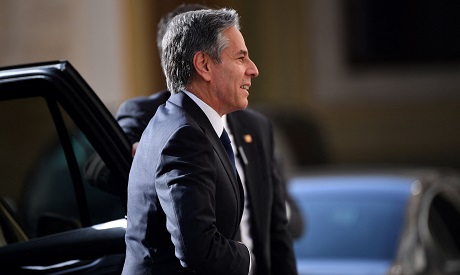 Secretary of State Antony Blinken on Monday pressed US allies to bring back citizens arrested overseas for joining the Islamic State group, warning they could not be held indefinitely in Syria.

Blinken made the appeal in Rome at a meeting of an 83-member coalition on defeating the extremist network, where he and host Italy called for greater attention to the threat in Africa. About 10,000 suspected Islamic State fighters are being held in northern Syria by Western-allied Kurdish fighters, according to US estimates. “This situation is simply untenable. It just can’t persist indefinitely,” Blinken said. “The United States continues to urge countries — including coalition partners — to repatriate, rehabilitate and, where applicable, prosecute its citizens,” he said.

France and Britain, two of the closest US allies, have been major holdouts against calls to bring back their citizens, which were also made by former president Donald Trump’s administration. Both nations have painful experiences with attacks and see little incentive and plenty of political cost to bringing back radicalised citizens who are already jailed overseas. Blinken praised Italy as one of the few Western European nations to repatriate its citizens and also hailed efforts by Central Asian nations such as Kazakhstan, which he said had brought back 600 fighters and their family members and put them in rehabilitation programmes.

According to a Human Rights Watch report in March, the Kurdish-led Syrian Democratic Forces are holding more than 63,000 women and children of suspected Islamic State fighters from more than 60 countries in two camps surrounded by barbed wire. The Islamic State group has lost almost all of its territory in Syria and Iraq, where it once ran a vast self-styled caliphate marked by an extraordinary campaign of brutality against religious minorities and women. But the extremists still exert force in the Sahel, where France has led a military campaign that it is now winding down.

Italian Foreign Minister Luigi Di Maio called on the coalition to form a new working group to address “the growing threat stemming from ISIS in Africa”. The coalition’s ministers are meeting for the first time in person since February 2019, with diplomacy hampered by the coronavirus pandemic. The coalition was also rocked by Trump’s abrupt decision to pull troops out of Syria, declaring that the United States had completed its mission. He eventually kept a small force that is backed by President Joe Biden, in part to stop NATO ally Turkey from launching a new military operation against the Kurdish forces it links to separatists at home.