Thousands stranded in Bangladesh ahead of sweeping Covid lockdown 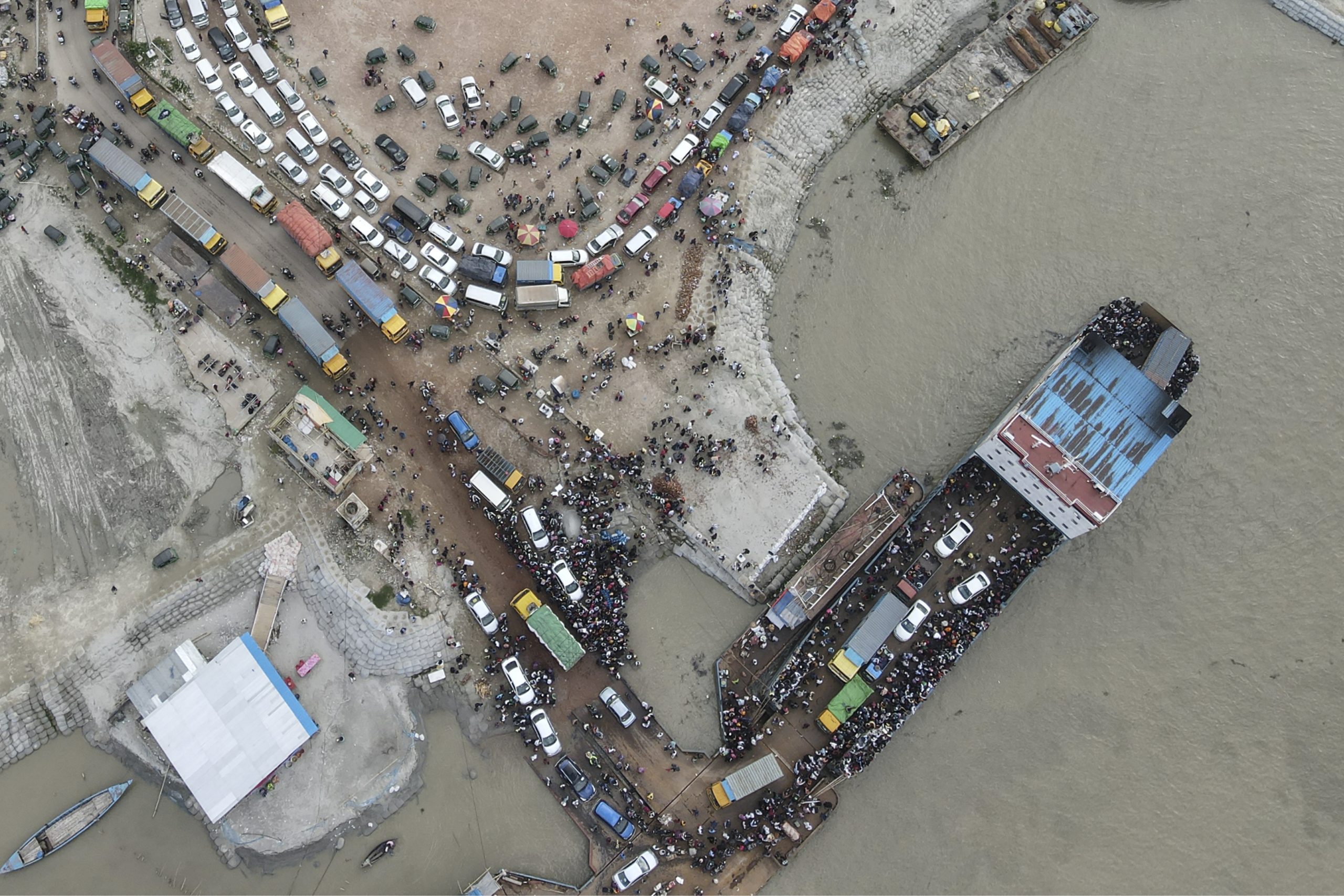 Thousands of people were stranded in Bangladesh’s capital on Monday as authorities halted almost all public transport ahead of a sweeping lockdown imposed to combat a deadly resurgence of Covid-19 infections.

The country reported 119 deaths on Sunday, its highest-ever daily death toll from the pandemic, while new infections have been averaging around 5,000 for the past few days. Officials blame the recent spike in cases on the highly contagious coronavirus Delta variant first identified in neighbouring India.

The majority of the South Asian nation’s 168 million population will be confined to their homes by Thursday as part of the restrictions, with only essential services and some export-facing factories allowed to operate. The lockdown announcement sparked an exodus of migrant workers from the capital Dhaka to home villages on Sunday, with tens of thousands of people cramming into ferries to cross a major river. The staggered implementation of the lockdown rules left thousands of workers in Dhaka forced to walk to their offices on Monday, sometimes for hours, in the sweltering summer heat. Large columns of people were seen walking on the main roads early Monday. Workplaces will be shut from Wednesday.

Bicycle rickshaws were allowed to operate in a last minute government concession late Sunday, but prices had soared to unaffordable levels, commuters said. “I started walking at 7am. I could not get any bus or any other vehicles. I can’t  afford a rickshaw ride,” Shefali Begum, 60, who was going to her daughter’s home in central Dhaka, told AFP. Restrictions on activities and movement were imposed across Bangladesh in mid-April as cases and deaths jumped to their highest levels since the start of the pandemic. Infections declined in May but started to rise again this month, sparking the harsher restrictions.

The country has reported more than 880,000 infections and just over 14,000 virus deaths, but experts say the actual toll could be much higher due to possible underreporting. Health officials across the world have been alarmed by the rapid spread of the Delta variant, now reported by the WHO to have reached at least 85 countries. More than two-thirds of new virus cases in Bangladesh’s capital were of the Delta variant, a recent study by the independent Dhaka-based International Centre for Diarrhoeal Disease Research reported.