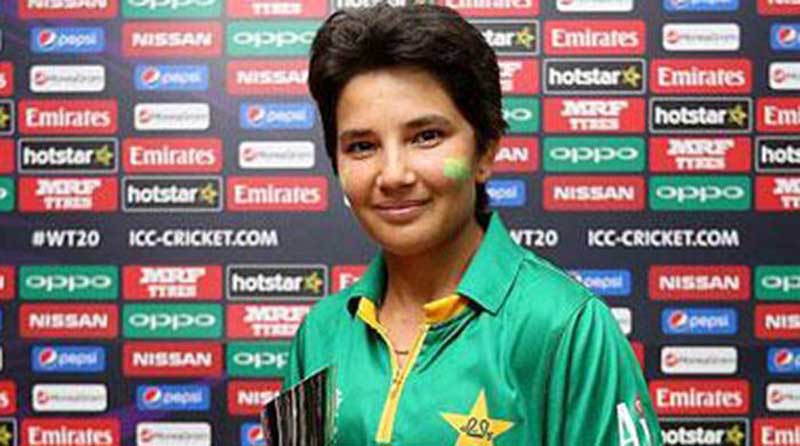 ISLAMABAD: Anam Amin made her debut for Pakistan in T20Is in 2014 and since has been a regular feature in the national side because of her exploits with the ball. Her ability to deliver results with the new ball by making inroads early on make her a potent weapon for any captain and when Pakistan begin their tour with the first of the three T20Is at the picturesque Sir Vivian Richards Stadium on June 30, Javeria Khan will be hoping that the left-arm orthodox rises to the occasion. Anam has been Pakistan’s most successful bowler against the West Indies – taking 13 wickets at a phenomenal 10.53 runs per dismissal. Her strike rate of 12.4 is the best she has against any opposition. Her best bowling figures in T20Is have also been against West Indies when she took four wickets for 16 runs at Chennai in an ICC Women’s T20 World Cup 2016 fixture. Such was her brilliance with the ball that despite her team losing the contest, Anam was awarded the player of the match award. While captains at both international and domestic levels have relied heavily to deliver the results, the 28-year-old becomes even more threatening when her side is defending a total.

In the matches Pakistan have successfully defended scores, Anam has taken 19 wickets at 11.57, has struck every 17th ball and given only 4.07 runs an over. These numbers are more than eight runs, five balls and 1.33 runs better, respectively, compared to her overall T20I career. Anam re-entered the top-ten of the ICC Women’s T20I Player Rankings following the South Africa T20I series in which she took four wickets at 16.50 and was the leading wicket-taker from her side. The 28-year-old is looking forward to taking on the West Indies. “My strength is bowling dots upfront,” Anam, who is 9th in the ICC Women’s T20I Player Rankings, said. “The key is bowling with accuracy and keep the batter guessing. The new ball turns and skids so there is a lot of reward for hitting the right lines and lengths. I make sure that I continue to target my areas on the pitch and mix up my spells with variations here and there to make sure that the batter does not settle.”

The two sides last met in ICC Women’s T20 World Cup 2020 in Australia in what was Pakistan’s tournament opener. The national side won that contest comfortably thanks to a team effort which saw the bowlers restrict West Indies to 124 for seven and chase it down with ease with eight wickets and 10 balls spare. She is now looking forward to playing West Indies again and hopes that she will be able to live up to the expectations of her teammates and fans. “West Indies are a quality international side and playing against them is always challenging. I have always enjoyed the challenge that that opposition brings and I am looking forward to making an impression in the West Indies. This will be the first time our team will play in Antigua and this brings me an opportunity to leave a mark there. “This tour will play a crucial role in our preparations for three major events – ICC Women’s World Cup Qualifiers, ICC Women’s World Cup and Commonwealth Games 2020 – in which we have to participate in the next year.”