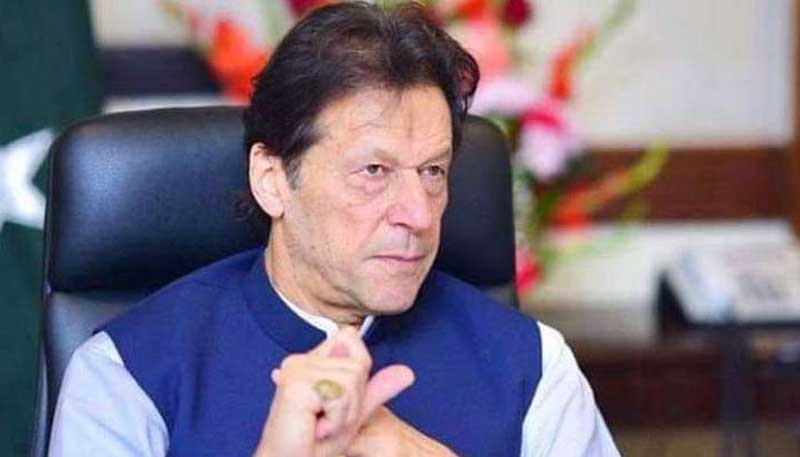 Prime Minister Imran Khan on Saturday said if people wish to promote a soft image of Pakistan across the globe, then they should advocate ‘Pakistaniat’.

The prime minister, speaking during the National Amateur Short Film Festival (NASFF) Awards Ceremony in Islamabad, said, “During the war on terror, Pakistanis were termed as extremists. To counter this, they were asked to promote a soft image of Pakistan.” He said the countrymen thought that if they wore Western clothes and spoke English, it would project a soft image of Pakistan. “During this time I was termed as Taliban Khan.” “Speaking English and wearing Western clothes does not project a soft image,” it only speaks of an inferiority complex, he said, adding, “A soft image is projected through self-reliance […] so first respect yourself and the world will respect you in turn.”

The prime minister said that this flawed understanding of a soft image had been born from the concept of “enlightened moderation”. He stressed that people who had no self-esteem, had an inferiority complex, copied others and lacked confidence were not respected by the world. “I fully believe in our youth […] I hope they will find context and real life stories here in Pakistan,” he added.

Shedding light on the blessings that Pakistan has been bestowed with, he said that the country has 12 climatic zones, giving it the ease to grow anything that it wants.

“The past government did not pay attention to tourism for historical sites [….] Tourism in Pakistan has a lot of potential and we are taking focused steps to promote tourism in the country,” he said.

The premier said the soft image of a country can only be promoted through ownership of one’s identity. “If we want to project a soft image of Pakistan, then we need to promote [the country’s true identity].”

The prime minister said the world valued original content and not imitation, as he criticised the films produced in Pakistan, which ‘copy’ Bollywood. “I have seen the inception of Pakistan’s film industry [….] we started copying Indian films after some years,” he said regretfully.

The prime minister said Pakistan began adopting foreign cultures instead of promoting its own through the films. “Bring original ideas and don’t be afraid of failure,” he told budding filmmakers. “The person who is afraid of failure will never become a good player,” he said. Young filmmakers who have tried to promote Pakistan’s culture, will receive special allowances from the government so their morale is boosted, he added.

Imran Khan said when he would take Nusrat Fateh Ali Khan with him abroad, the singers in the US would love his music, and not that of the Pakistani pop singers – as they only imitated the West. “The world values original ideas,” he reiterated, adding that Pakistan’s television industry in the past used to produce quality content that was liked in India as well.

The prime minister sharing his experiences in the cricket career said that they had introduced to the world, the technique of reverse swing and opening of bowling with the spinners, the ideas which were later copied by the whole world. Previously, there was mindset which thought that they could not win from the UK cricket team due to serious impacts of colonialism and they were contended in their defeats, he said, adding that the things started changing when they started in self-belief with new playing techniques.

The prime minister laid emphasis upon following the thoughts of country’s founding fathers including Quaid-e-Azam and Allama Iqbal. He said he was repeatedly told that people don’t watch local films unless commercial content isn’t included. “Vulgarity started from Hollywood, came to Bollywood and then that kind of culture was promoted here. I requested the Turkish president at the time and brought the serial ‘Ertugrul’ to Pakistan. That has an alternate culture but it is popular and people see it,” he pointed out.

Speaking on the occasion, Minister for Information Chaudhry Fawad Hussain said in today’s world, there is a contest over opinion making and perceptions in which the media is playing an important role. The media as a tool is being used effectively for building narratives across the world, he added.

Inter-Services Public Relations (ISPR) Director General Maj Gen Babar Iftikhar also addressed the event and said the time has arrived to work on improving Pakistan’s perception. “Why should we not give youth the responsibility of showing the real Pakistan?” he asked, adding that the festival is a platform which will not only showcase Pakistan’s positive image to the world but also “encourage the youth and give new talent to Pakistan’s media industry”.