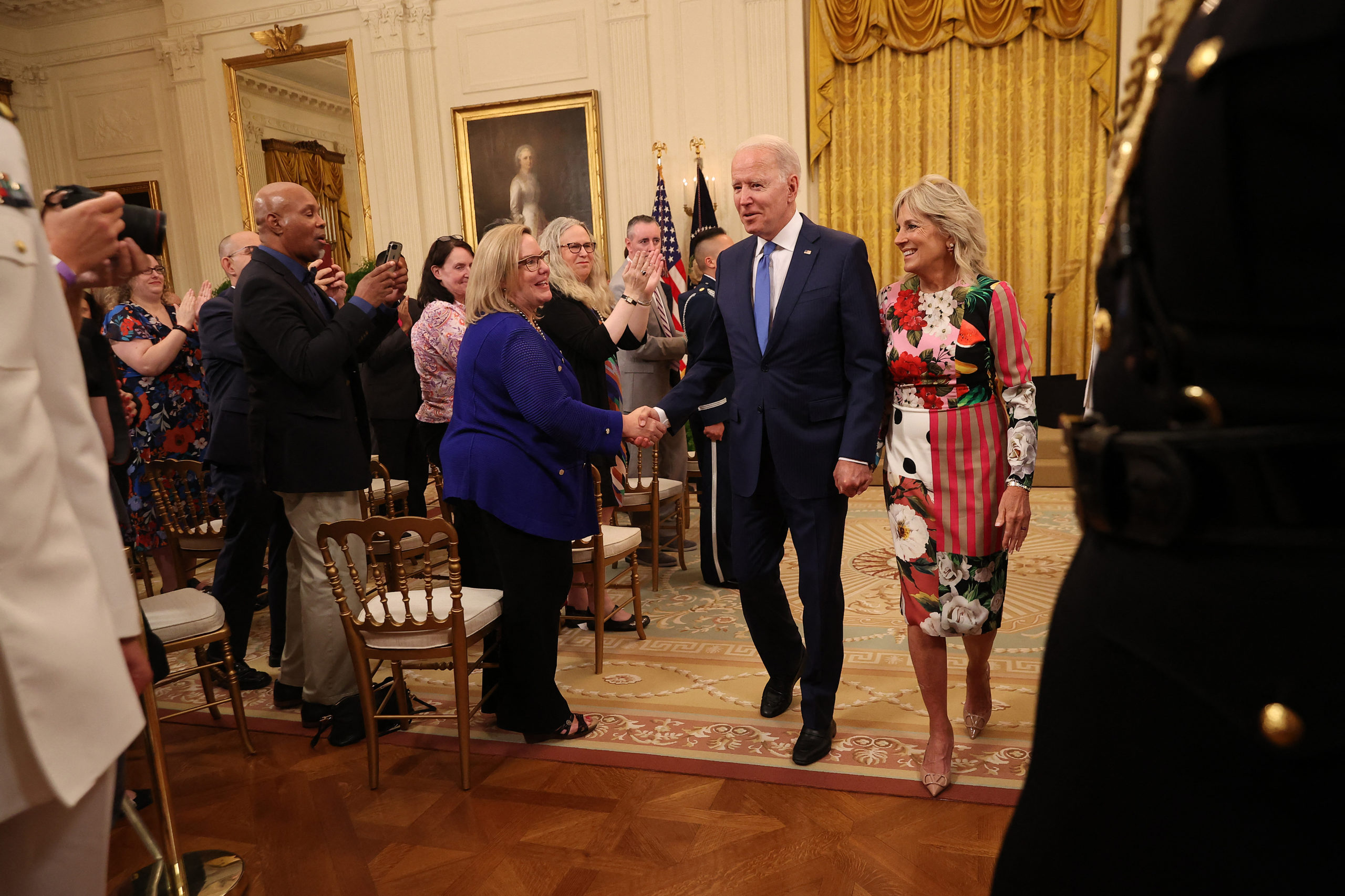 Joe Biden marked Pride Month with joyful optimism and somber reflection Friday as the US president named an LGBTQ rights envoy and created a national memorial marking the deadliest tragedy to hit the country’s gay community.

“Pride is back at the White House,” Biden told a group of gay rights activists, transgender military service members and youth, and officials during a commemoration of the month that celebrates gay life in America. He appointed advocate Jessica Stern as special envoy for LGBTQI+ rights, in a move aimed at increasing global awareness and acceptance of the diversity of sexual orientations and gender identities. Currently the executive director of OutRight Action International — a group which advocates for the human rights of lesbian, gay, bisexual, transgender, queer and intersex people around the world — Stern in her new role will be attached to the State Department.

She will play a “vital” role working with like-minded governments and civil society organizations to uphold dignity and equality for everyone, the White House said in a statement. The LGBTQ envoy position, created under president Barack Obama, was left vacant under his successor Donald Trump. While Biden expressed his own pride in leading what he called the most pro-LGBTQ-equality administration in US history, “our work is unfinished,” he said. “When a same-sex couple can be married in the morning, but denied a lease in the afternoon for being gay, something’s still wrong.”

Biden was joined by Secretary of Transportation Pete Buttigieg, the first openly gay member of a presidential cabinet. “There have been great leaps forward in this country,” Buttigieg said. “But there are reminders everywhere about what it looks like to move backward, not just in shocking acts of violence like the Pulse shooting that this country now rightly commemorates, but in the everyday grind of politics as rights and equality come up for debate.” Buttigieg was referring to Orlando’s Pulse gay nightclub, scene of a horrific attack in which 49 people were murdered by a gunman who swore allegiance to the Islamic State.

Biden declaring the Pulse location “hallowed ground,” earlier Friday signed into law a measure that designates the nightclub as a national memorial. “Just over five years ago the Pulse nightclub, a place of acceptance and joy, became a place of unspeakable pain and loss,” Biden said. “We’ll never fully recover, but we’ll remember.” The June 12, 2016 rampage shocked the nation and the LGBTQ community in the middle of pride month. Congress unanimously passed the Pulse memorial bill, in a rare example of bipartisanship in Washington.