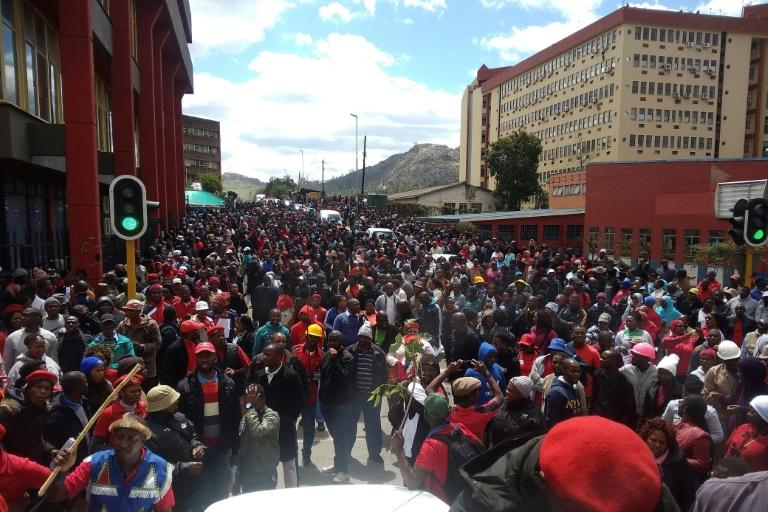 Hundreds of young Swazi protesters clashed violently with police Friday at a demonstration against the ruling authorities in Africa’s last absolute monarchy.

Shops were looted and one was set ablaze during the clashes in the township of Msunduza, near the capital Mbabane, with the unrest continuing into the night. “Today we witnessed the anger of the Swazi youth against the autocratic system,” said Wandile Dludlu, secretary general of Swaziland United Democratic Front, an alliance of pro-democracy groups. Police fired tear gas, stun grenades, rubber bullets and water cannon at the protesters. The demonstrators, who are demanding multi-party democracy and an elected prime minister, pelted police with stones in response, Dludlu said, warning that people were in “a violent mood”. Political parties have been banned in the tiny southern African country since 1973.

King Mswati III names government ministers and controls the parliament, while a constitution introduced in 2005 forbids parties from running in national elections. Protests are usually rare in Eswatini, which was renamed from Swaziland by Mswati in 2018. But last week, around 500 youths protested in the Manzini district, around 30 kilometres (18 miles) from the capital, demanding democracy.

The government had on Thursday banned protests, with National Police Commissioner William Dlamini warning that officers would be “zero-tolerant” of breaches of the ban. Fresh protests are nonetheless planned for Saturday. The king, crowned in 1986 when he was just 18, has come under fire for his expensive tastes and spending while most inhabitants live below the poverty line. In 2019, the country was rocked by a series of strikes by civil servants who accused the monarch of draining public coffers at the expense of his subjects.