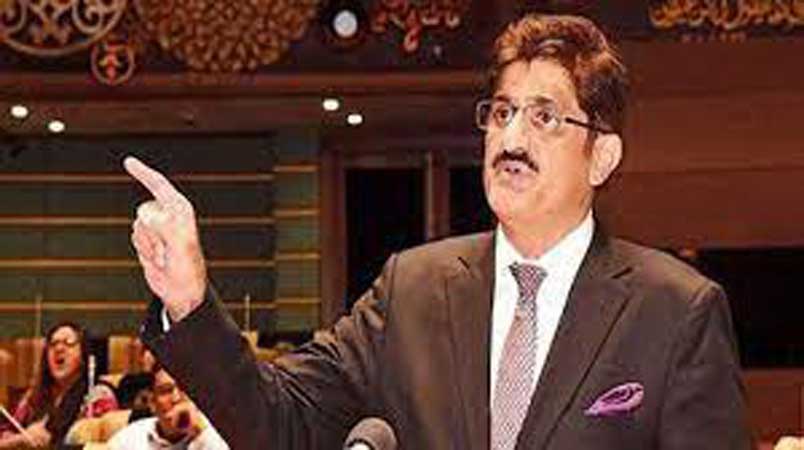 The Sindh Assembly on Friday passed the Rs1,477 billion budget for the fiscal year 2021-22 amid the opposition’s protest.

Terming it a deficit, anti-people and an anti-poor budget, Muttahida Qaumi Movement and Pakistan Tehreek-e-Insaf lawmakers said the bidget has also ignored Karachi and other urban cities in terms of development schemes.

“I held meetings with the opposition to avoid protest and focus on [the] budget. We also gave an opportunity to the opposition members for moving cut motions, but no one seemed interested. Not a single cut motion is received by my office,” said Speaker Agha Siraj Durrani while presiding over the session this morning.

“Similarly, I gave the floor to the leader of the opposition to speak on the budget. But he opted for protest. In this situation, we have no other option but to go ahead and pass the budget,” Durrani added.

The speaker asked Chief Minister Sindh Murad Ali Shah to present the total grants for the next financial year to pass the budget.

But as the chief minister stood up, the joint opposition started their protest. Amid the noisy session, Murad, who also holds the portfolio of finance minister, presented the total grants for the financial year, announcing a 20 percent increase in the salaries of government employees, while setting the minimum wage in the province to Rs25,000.

In the budget, the provincial government increased the development portfolio by 41 percent, allocating Rs329 billion for the purpose. Despite the protest, the budget was passed with majority votes.

He claimed that Durrani, on the instructions of Murad and his party leadership, had decided to not let the opposition, specifically the opposition leader, whose speech during the budget session is pivotal to the democratic process, speak.

“The PPP claims to champion democracy and democratic rights, is ironically not letting me speak during the budget session, which is both my constitutional right and an imperative duty as the opposition leader,” Sheikh added.

Muttahida Qaumi Movement (MQM) leader Kunwar Naveed Jamil dubbed the day as the darkest day of passing the budget in the Sindh Assembly. He said the way the Sindh government got the budget approved has left all the principles of democracy behind.

He said there was no education scheme for any city including Karachi and Hyderabad even in this budget. “Sindh s urban areas were being treated like occupied territories,” he added.