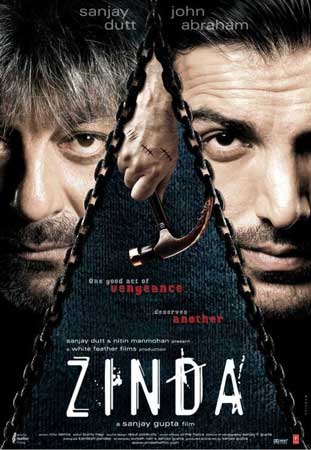 Filmmaker Sanjay Gupta, known for films such as ‘Shootout at Lokhandwala’, ‘Jazbaa’, ‘Zinda’, ‘Shootout at Wadala’ and ‘Kaante’, recently took to his Twitter handle to rubbish reports of him collaborating with Sanjay Dutt after 14 years for a ‘Zinda’ sequel.

On Friday, he wrote in a tweet that the report was a ‘false exclusive’ and said, “When it’s all in place I am the first to proudly announce my next. This is not it!”.

The reports had stated that the ‘Zinda 2’ will be jointly produced under the duo’s banners White Feature Films and Sanjay Dutt Productions. It also stated that the sequel will have a different storyline. However, the reports have now been squashed by Sanjay Gupta.

Director Sanjay Gupta has been known often work with Sanjay Dutt and John Abraham in his movies and shares a great rapport with both the actors.

He made his directorial debut with the film ‘Aatish: Feel the Fire’ in 1994 featuring Sanjay Dutt. After that he helmed the films ‘Ram Shastra’, ‘Khauff’ and ‘Jung’.

His film ‘Zinda’ with Sanjay Dutt has often been dubbed as heavily inspired from the Korean film ‘Oldboy’. Another one of Gupta’s most memorable projects is the gangster-thriller ‘Kaante’ starring Amitabh Bachchan, Sanjay Dutt, Suniel Shetty, Lucky Ali, Mahesh Manjrekar among others.

Critics have often compared the film to Quentin Tarantino’s film ‘Reservoir Dogs’. Gupta has been open about his inspirations and said the film also influenced by ‘The Asphalt Jungle’, ‘The Killing’ and the film that inspired ‘Reservoir Dogs’, ‘Ringo Lam’s City on Fire’.