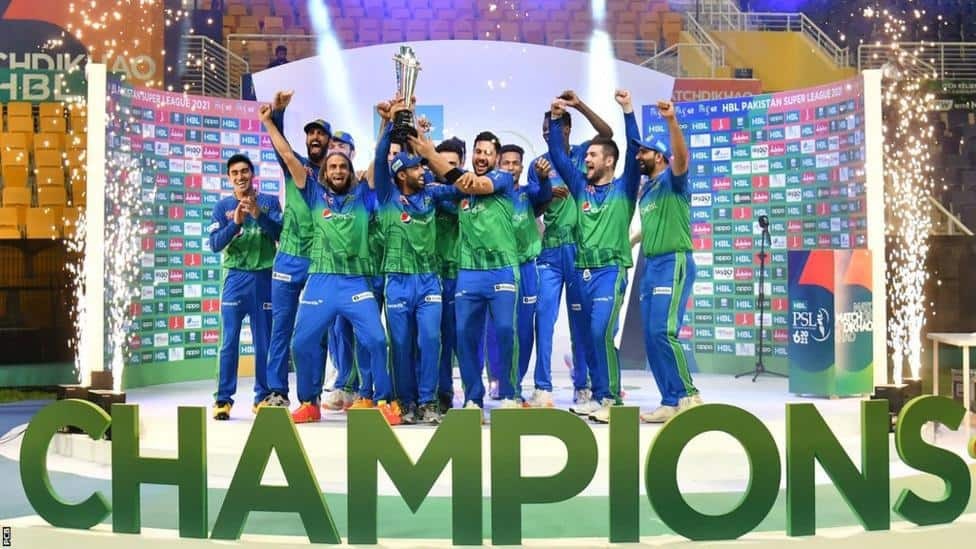 Multan Sultans on Thursday night beat Peshawar Zalmi by 47 runs after posting a mammoth score of 206 in the first innings. Peshawar Zalmi and their fans were left heartbroken after failing to win the final after four times of getting into it.

For Multan, it was a slow start, Shan Masood and Muhammad Rizwan put up a partnership of 67 runs, but they did not seem to get into the right groove of things, courtesy of good line and lengths from Peshawar. The first wicket fell of Shan Masood fell and then shortly after, the crucial wicket of Muhammad Rizwan fell. From then on, you felt that Peshawar was in the driving seat after applying pressure to Multan really well, but the onslaught and comeback of the Sultans came into play. Sohaib Maqsood and Rilee Rossouw scored blistering half centuries, scoring 65 off 35 and 50 off 21 respectively. Together, they put up a partnership of 98 runs off just 44 balls, putting Multan in the driving seat. They left Peshawar clueless, as it seemed they wanted to hit every ball for 6, scoring 116 runs in the last eight overs, finishing the score on 206 for the loss of 4 wickets.

The start seemed good for Peshawar scoring over 40 runs in the first six overs of the game, but then disaster struck. Their star batsman, who had been performing so well for his 4 games for Zalmi, had fallen for just six runs off a clever delivery by Zimbawean bowler, Blessing Muzarabani. That proved to be critual for Zalmi as in the next few balls, Zalmi batters Jonathan Wells and Kamran Akmal fell. Zalmi made a small comeback, after Shoaib Malik and Rovman Powell put up a partnership of 66 runs off 30 balls, but alas, they were dismissed by Sohail Tanvir and Blessing Muzarabani which turned the game back into Multans grasp.

There was a brief threat of Zalmi winning the match, after Zalmi batter Sherfane Rutherford started to score runs, but Zalmi’s hopes were all but gone, after Imran Tahir dismissed Mohammad Imran in just one over. The Sultan bowlers and batters both played their roles, and after coming back so beautifully after the Karachi leg, the Multans Sultans thoroughly deserved this win.