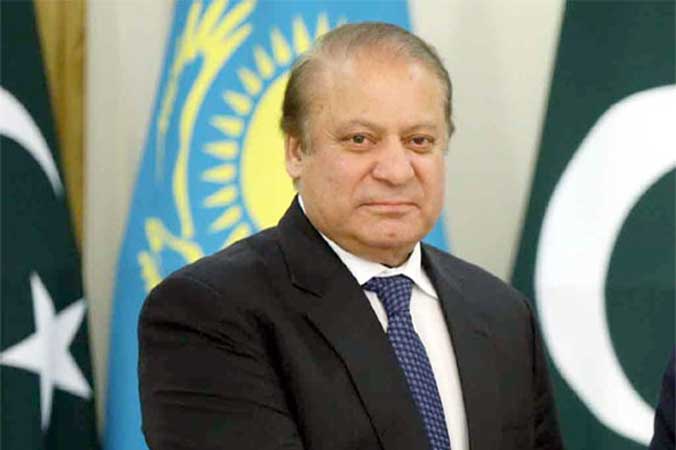 At the outset of hearing, the court instructed the amicus curiae to assist the court on legal points instead of giving arguments on behalf of the accused.

Giving arguments, Amicus Curiae, Senator Azam Nazir Tarar said that the court has the authority to dismiss the case as there are such examples of many courts in the country. He said that as the trial could not be conducted in absence of the accused, in the same way the appeals also could not be heard. Tarar, who is a lawmaker of PML-N, said that he would give balanced arguments to assist the court.

Tarar said that the appeal was also the continuity of the proceedings of the trial court. He, however, said that it is a fact that one loses his legal rights after being declared absconder. On the occasion, he also quoted the references of various court decisions in similar matters.

He argued if a case was decided on merit in absentia then the accused would have no choice except to file an appeal against the decision. He has a forum and he can raise his points there.

Tarar said that it was also important to save valuable time because all this practice would be of no use.

The court observed that the appeals of Sharif, Maryam and Safdar would be heard together, adding if the present accused get any relief then the former prime minister would get too.

Tarar said that another appeal of NAB against the acquittal of Nawaz Sharif is also before the court. Justice Aamer Farooq said that no notice had been issued in the NAB appeal to Nawaz Sharif so far.

On this occasion, various judicial decisions were read out by another amicus curiae Makhdoom Hussain. Tarar said, “if we look at all the decisions, they are of pre-2010, there is only the Ikramullah case in post-2010.

The Supreme Court had given a clear decision in the Hayat Bakhsh case in which the top court had rejected the appeals of the accused that were not present.

Tarar said that the Dhaka High Court had also decided to close the case of an accused in his absentee. He said that when an accused did not surrender, his case was not taken up.

Justice Kayani asked if the petitioner was a court absconder, then how he would surrender. Azam Nazir Tarar said in this situation, his appeal would also be rejected. The Supreme Court had rejected an appeal if an absconder did not surrender.

Justice Kiani said, “We had two appeals, one had three people and one had a single person. Why would we not hear the case of those who were present in the court?”

Tarar said that the court could hear the case of present appellant, adding that it was up to the courts, in some cases appeals were rejected while in others theses were sent to store rooms.

Tarar said that the appellant should have an open way to file appeals against judgment. Justice Aamer Farooq asked Tarar to assist the bench on legal point as he was not a political activist rather he was an amicus curiae.

The bench asked how the cases could proceed in the accused absence. This is a court of law and it would not care who the appellant is, Justice Farooq said.

Additional Prosecutor General Jahanzeb Bharwana gave references of different courts’ decisions. He said that the same court had granted an opportunity to the accused to surrender. The same court suspended the decision of the trial court and accepted the bail of the former prime minister.

Justice Kiyani observed that the petitioner would have a choice whether to go to Supreme Court or High Court.

To a query, the NAB prosecutor said there were three appeals in Avefiled property reference while two appeals were related to Al-Azizia Steel Mills reference.