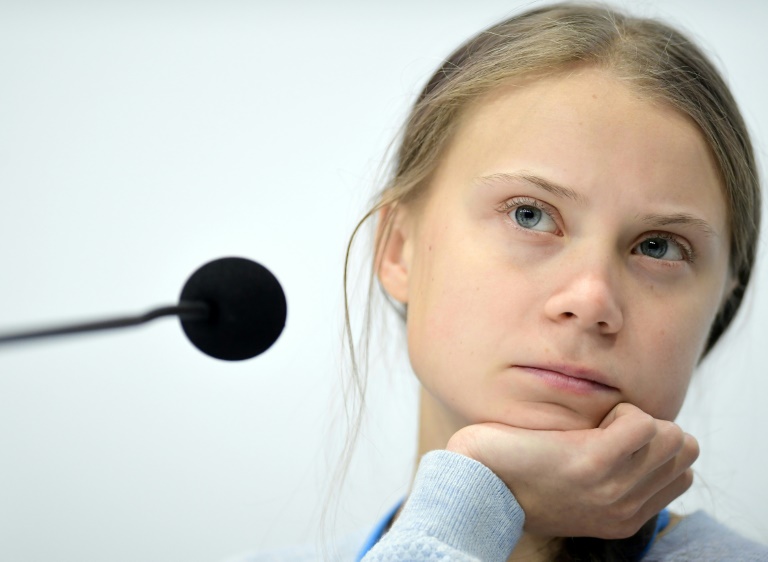 While the draft from the Intergovernmental Panel on Climate Change (IPCC) confirmed that the “situation is very dire” and that there is a “need to act right now”, Thunberg told AFP it also made her hopeful since it “could wake people up”. The report, seen exclusively by AFP, projects how species extinction, more widespread disease, unliveable heat, ecosystem collapse, cities menaced by rising seas, and other devastating climate impacts are accelerating. It says the dire impacts are bound to become painfully obvious before a child born today turns 30. Many dangerous thresholds are closer than once thought, and dire consequences stemming from decades of unbridled carbon pollution are unavoidable in the short term. “We can of course not face this crisis unless we tell it like it is, unless we are adult enough to tell the truth, and to face the reality,” Thunberg said.

The 18-year-old Swede, who spearheaded the “Fridays for Future” movement and youth climate strikes that swept the world, said the report was “eye-opening”, which for her was preferable to false reassurances. “Some people are so obsessed with not making people scared that… they don’t even want to talk about the climate crisis,” she told AFP from Sweden. “The worst thing is that when people don’t want to talk about the climate crisis… when they try to smooth things over. Try to make it sound more attractive,” she said.

She does not want the message to be “that things will be fine ‘don’t worry’… when that in fact is not true,” she said.