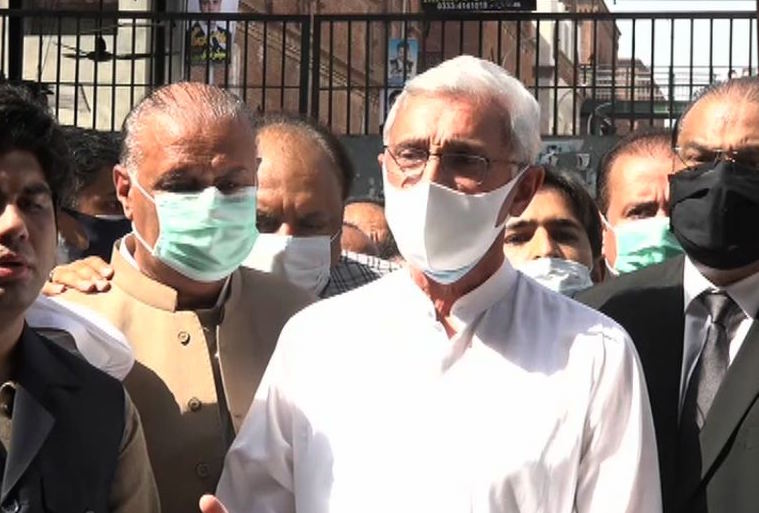 LAHORE: The Lahore High Court (LHC) on Wednesday issued a notice to the FBR and directed the tax body to refrain from taking any action against Pakistan Tehreek-i-Insaf (PTI) leader Jahangir Tareen’s sugar mills.

The case filed before the LHC was heard by Justice Shams Mehmood Mirza as the applicant pleaded before the court that the FBR had sent illegal notices to them, violating article 10-A.

The counsel representing the sugar mills of Jahangir Tareen asked the court to annul the FBR notices.

The LHC sent the matter to the FBR and directed them to take any decision after considering the response from the mills. “No action should be taken against the applicant until a decision is reached,” the court remarked.

It is pertinent to mention here that PM Imran Khan clearly conveyed that Jahangir Tareen would have to face inquires after a group of lawmakers called on him on April 27.

The meeting between the two sides held at the Prime Minister Office (PMO), where the Tareen-led group of lawmakers conveyed their reservations regarding cases against the sugar lord.

According to sources, PM told lawmakers that he will not come under any pressure and cleared that Tareen has to face trial if found guilty in the sugar scandal.